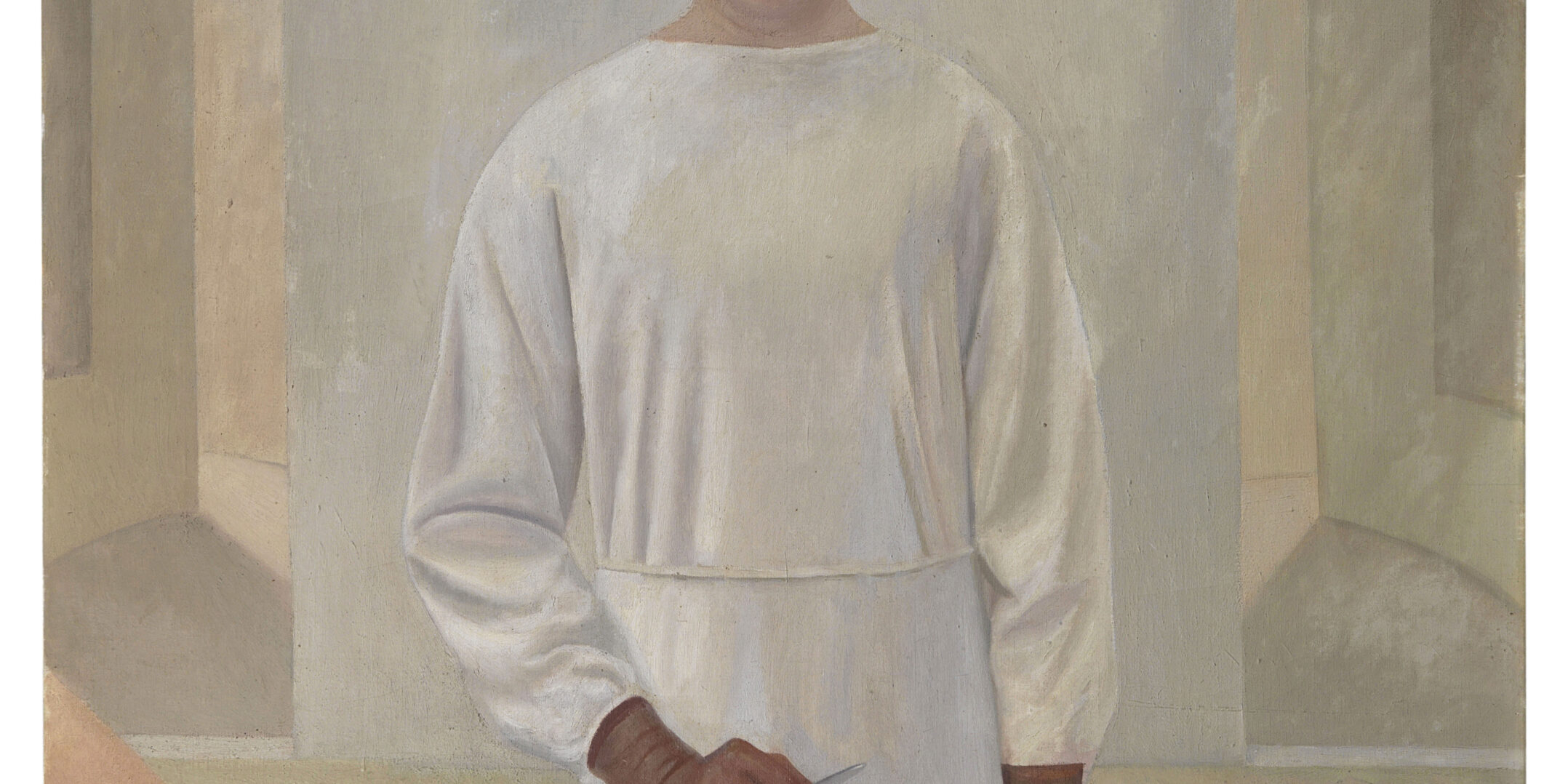 Now in its fourth appointment on the theme of portraits, the Faces 4 exhibition once again explores this artistic genre, both in painting, sculpture and drawing, from the late Eighteenth century to the postwar period. For this occasion the Gallery selected some 20 works, unpublished for the art market, where considerable is the number of portraits and self-portraits of artists. Among the first, Giannino Marchig from Trieste portrayed his friend Gino Parin using the wooden board of the support as dominant tone, while Mirko represented his friend Leoncillo in an expressionist head where the everted and recessed surfaces include the space in the plastic material. Among the self-portraits Giulio Bargellini connoted his profile for a neo-Pompeian studio with languor, Alberto Martini placed the unmistakable detached expression of the dandy reflected in a vanitas with esoteric meanings and Pietro Marussig entrusted his features to a sculpture inserted in a still life. Galileo Chini personifies in his clear composition the noble Florentine tradition of the artisan, painter and ceramist artist. While the faces of Vanni Rossi and Achille Funi reflect the existential torment of the age that includes the two Wars. Among the more ancient works, significant are the portrait of Sir William Hamilton, recognized as an autograph by Filippo Tagliolini, and the portrait of the Neapolitan astronomer Giuseppe Cassella by Gaetano De Simone. Other heads, the Pre-Raphaelite of the elegy by Cesare Laurenti, the Mask of the Siamese theater by Galileo Chini, the futurist poet Alberto Presenzini Mattoli by Gerardo Dottori, the Girl in profile by Arturo Noci, the portrait of the surgeon Gino Pieri by Luigi Trifoglio, that of his son Antonio by Fausto Pirandello, mark the succession of figurative movements from Symbolism to Divisionism, from Magic Realism to “Astratto concreto”. 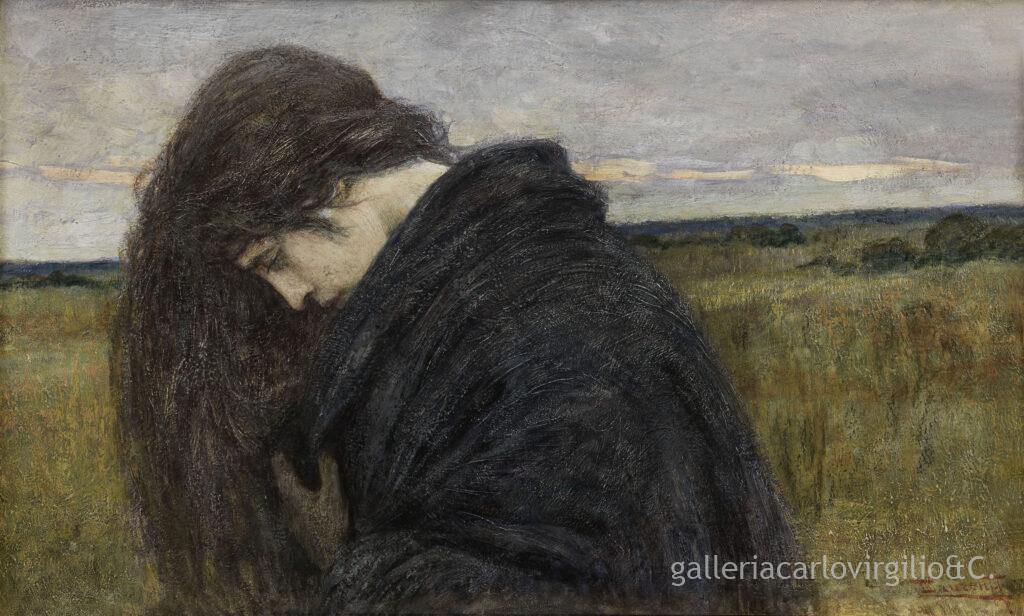 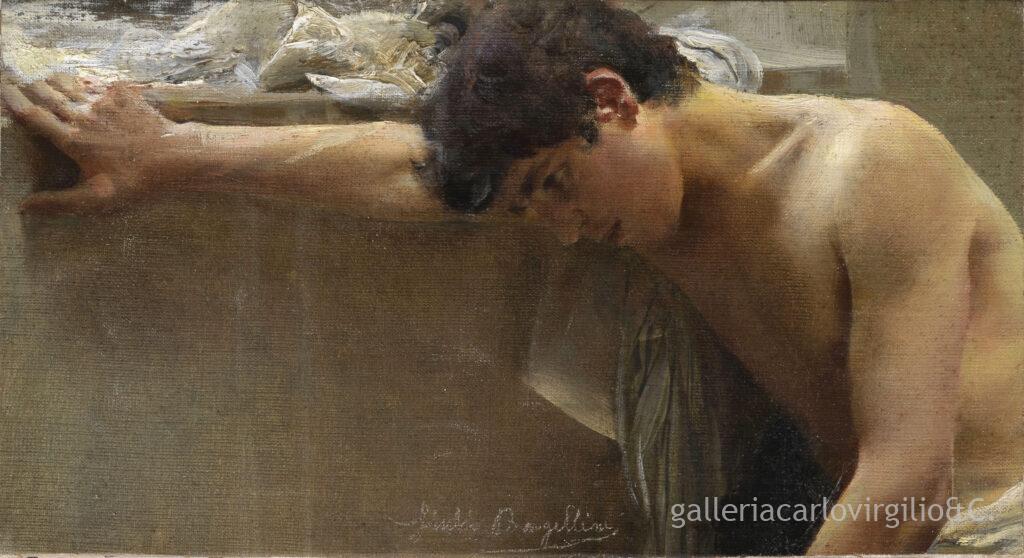 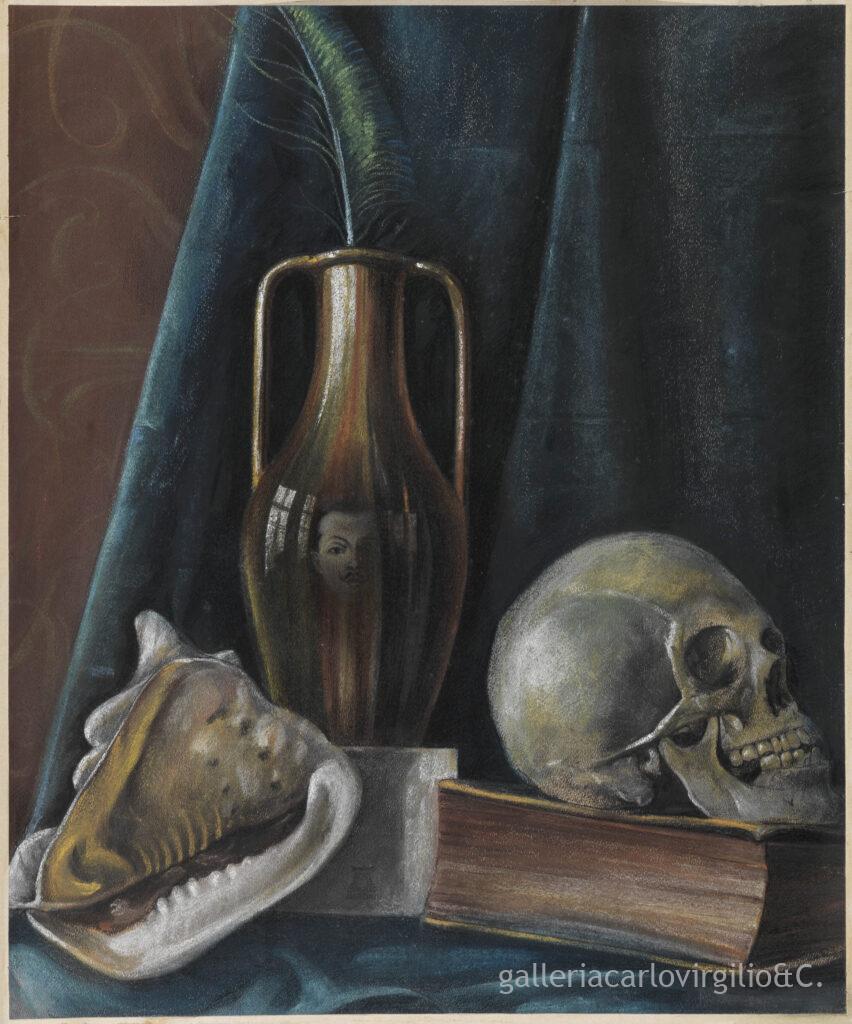 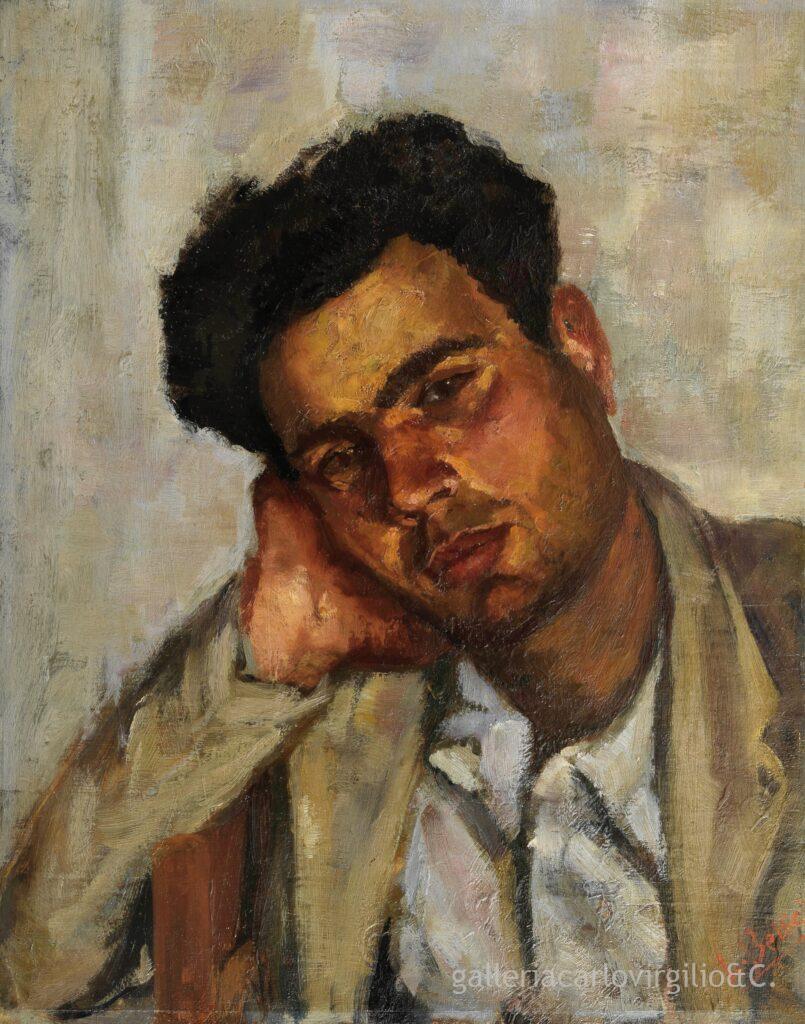 Laura Bellini – Portrait of a Man 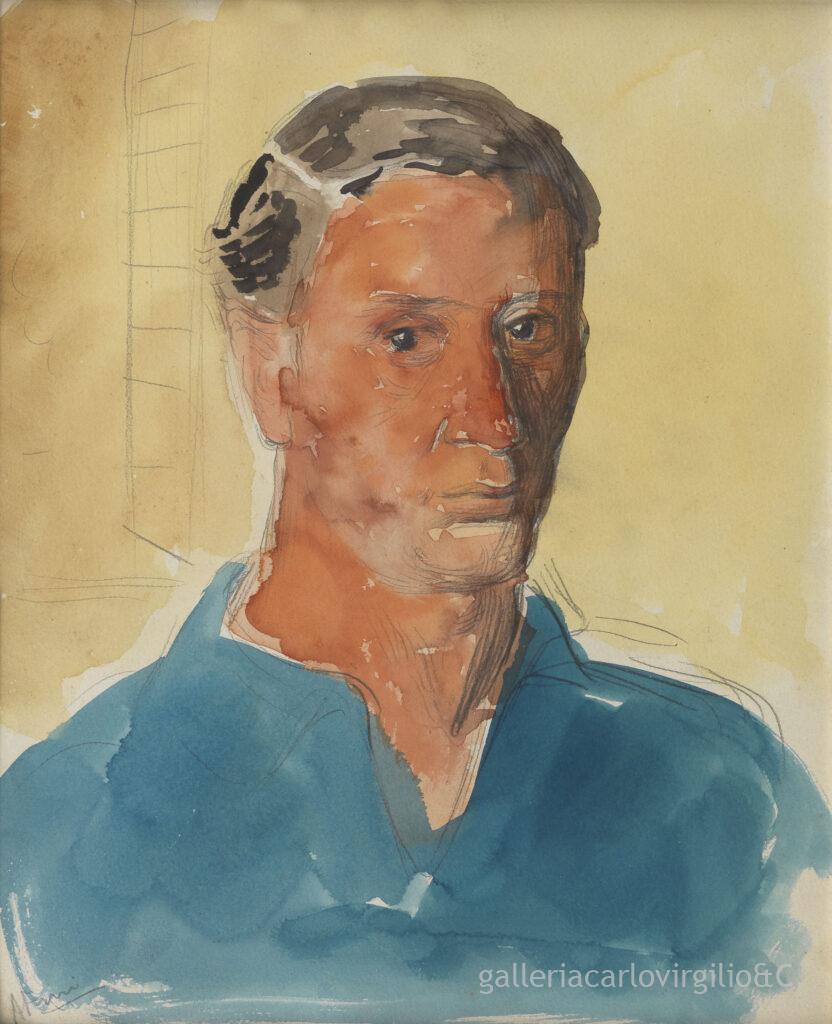 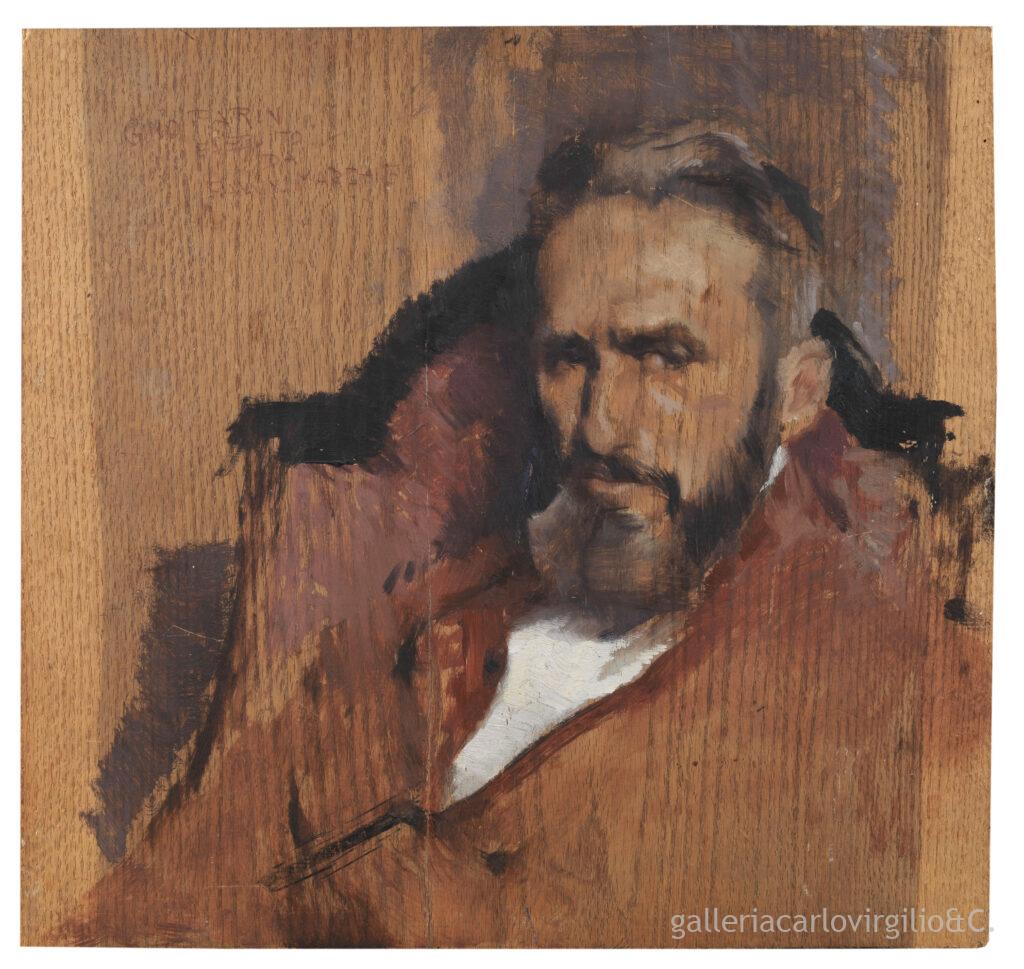 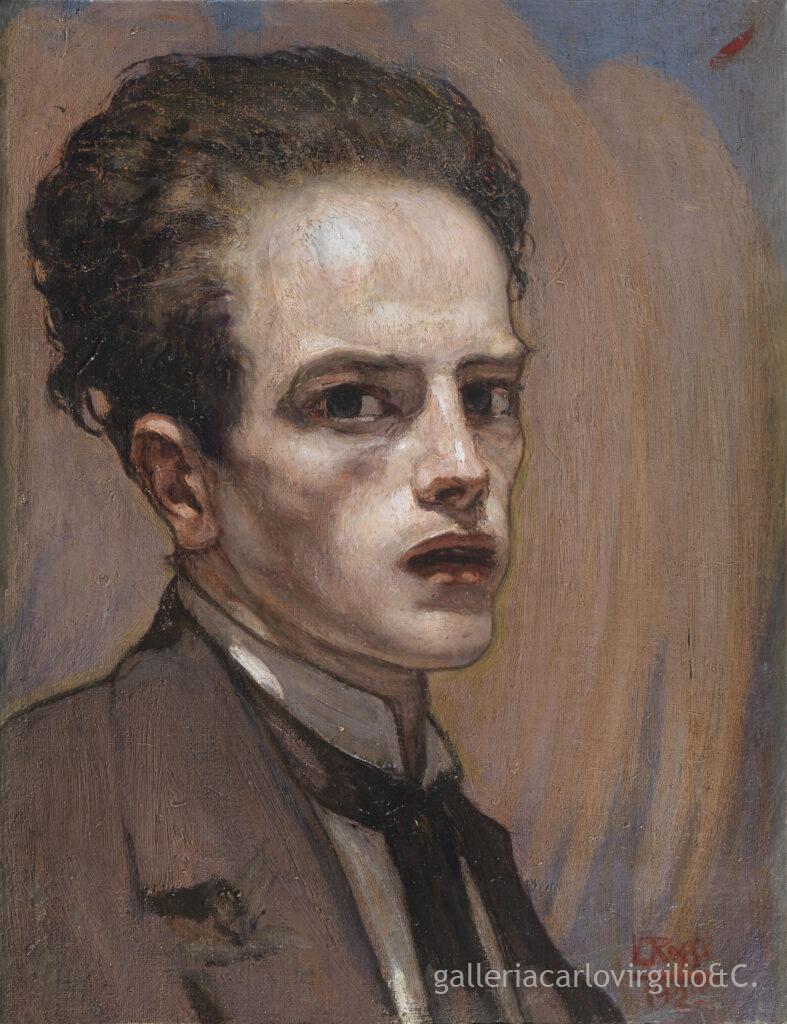 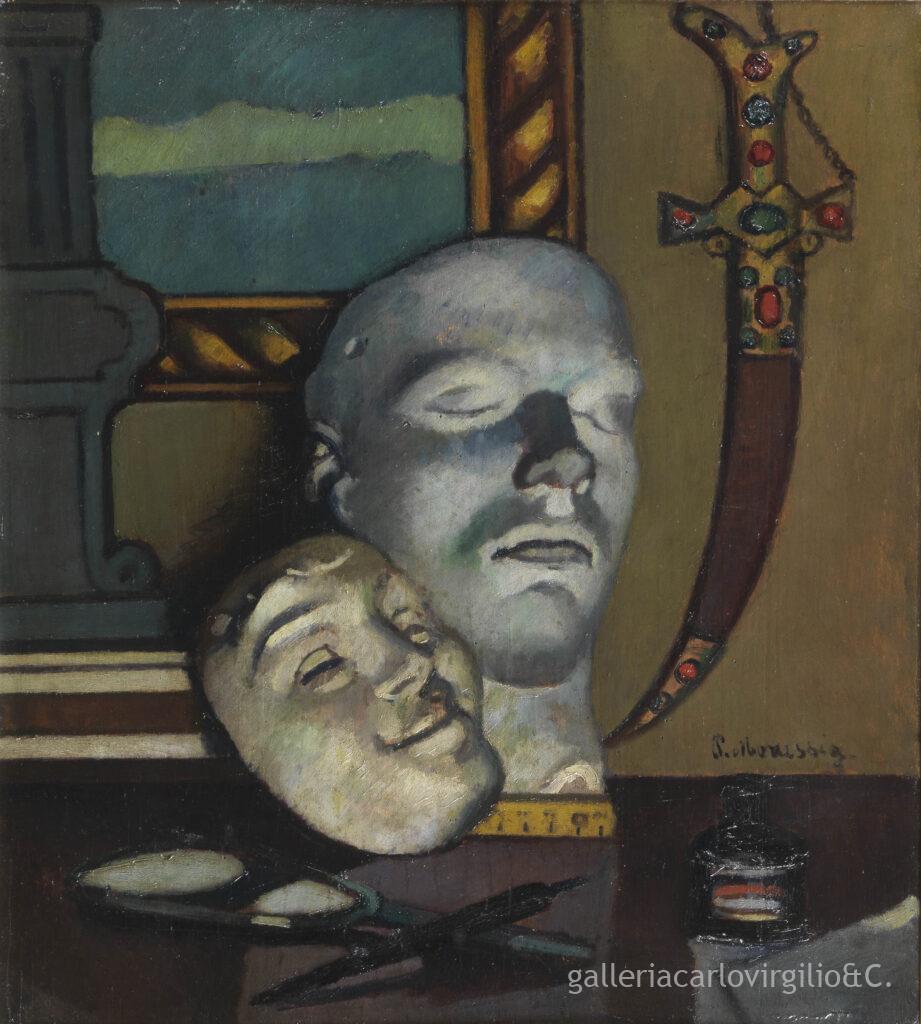 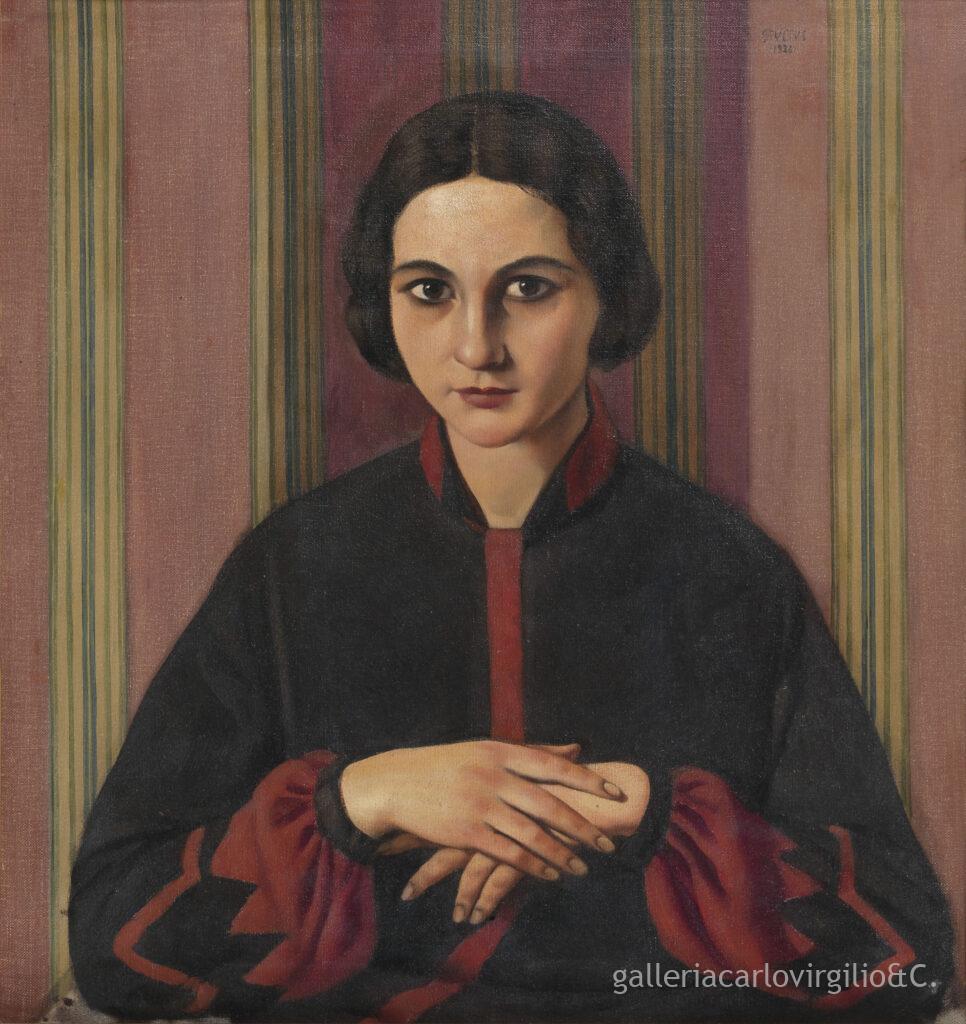 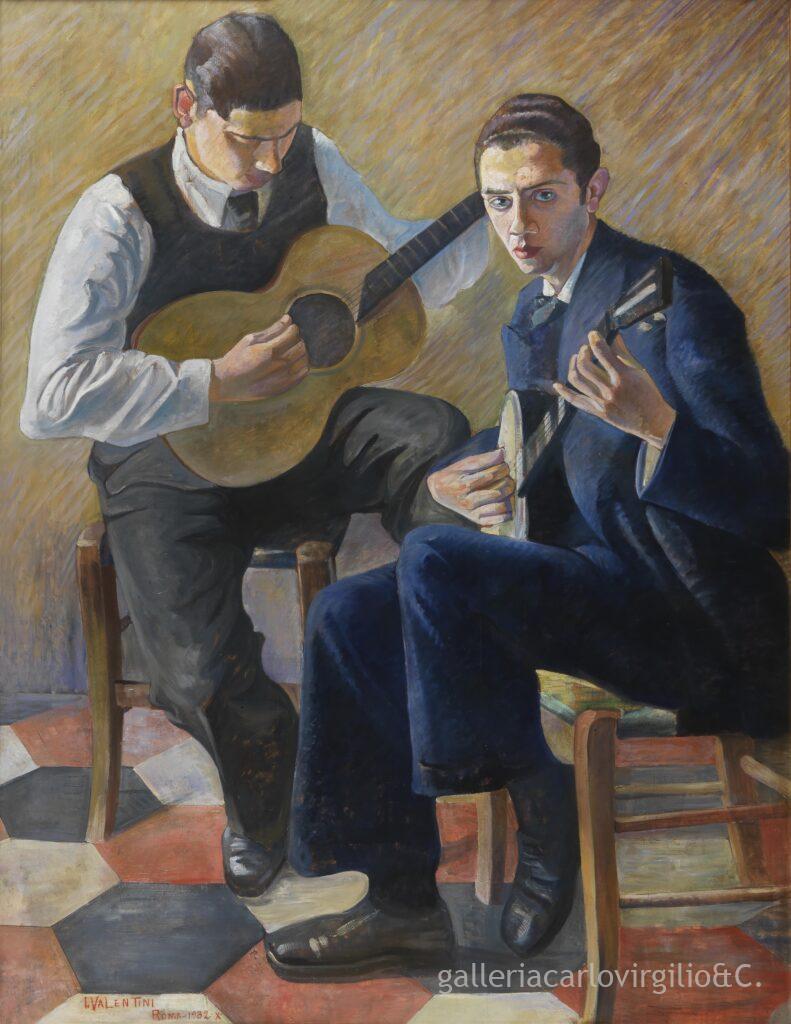 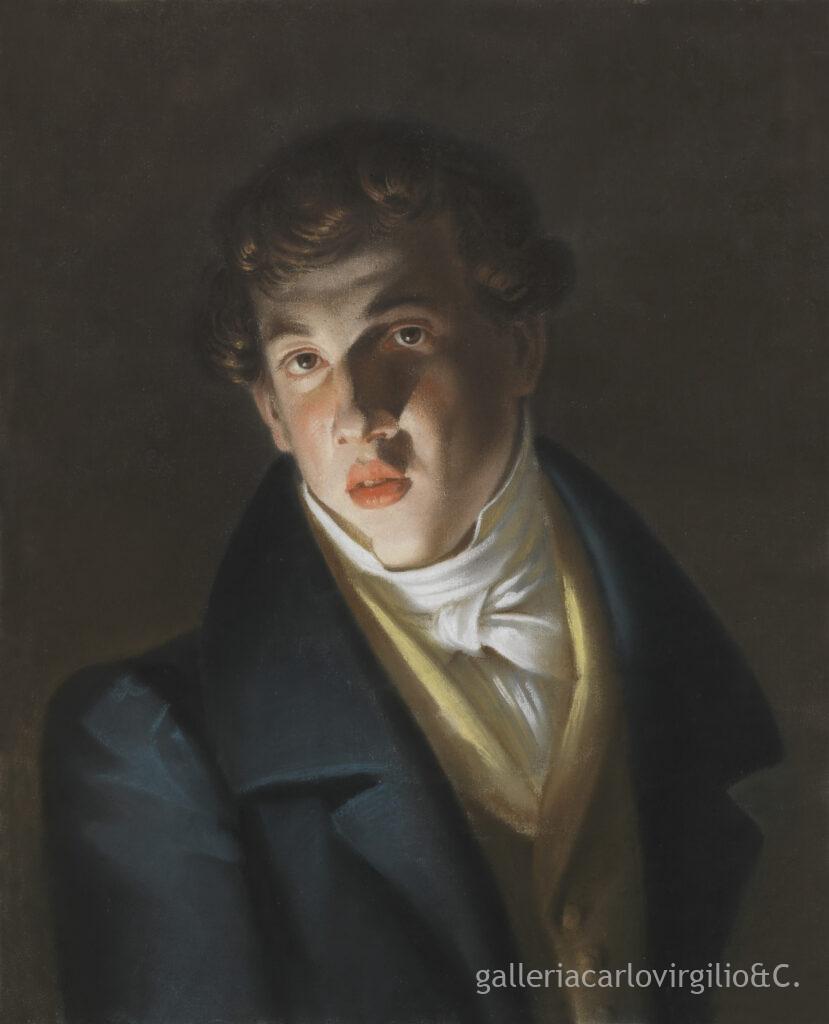 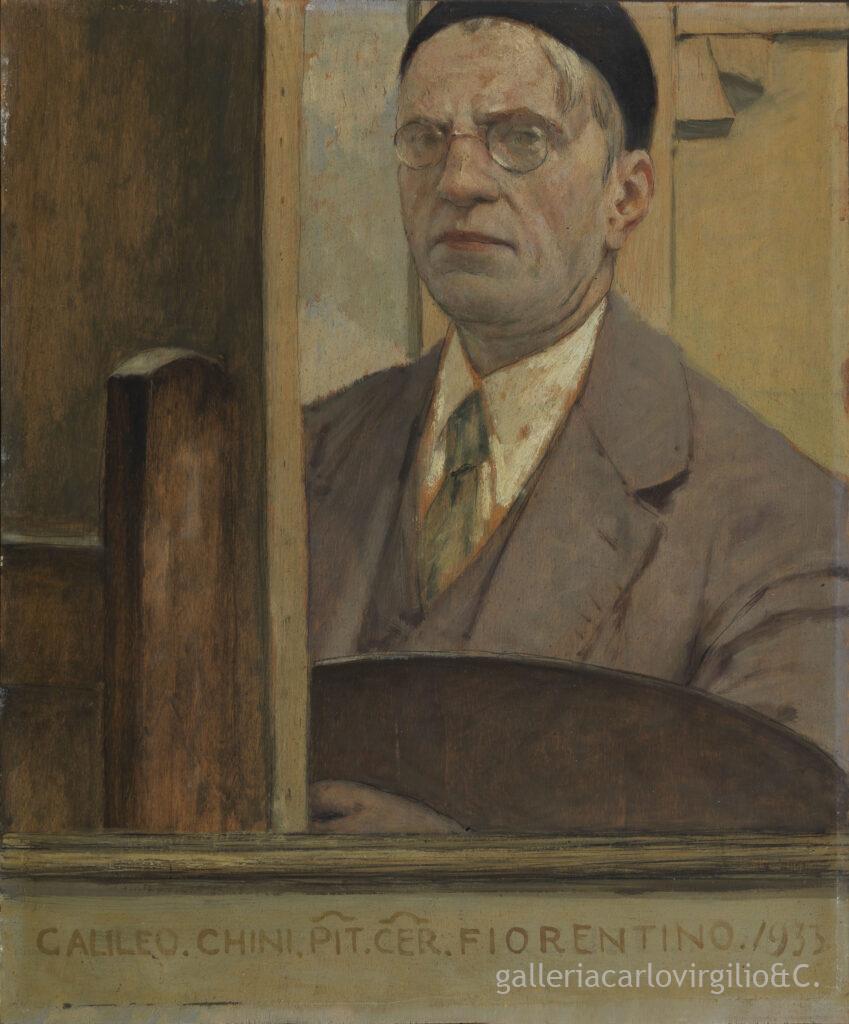 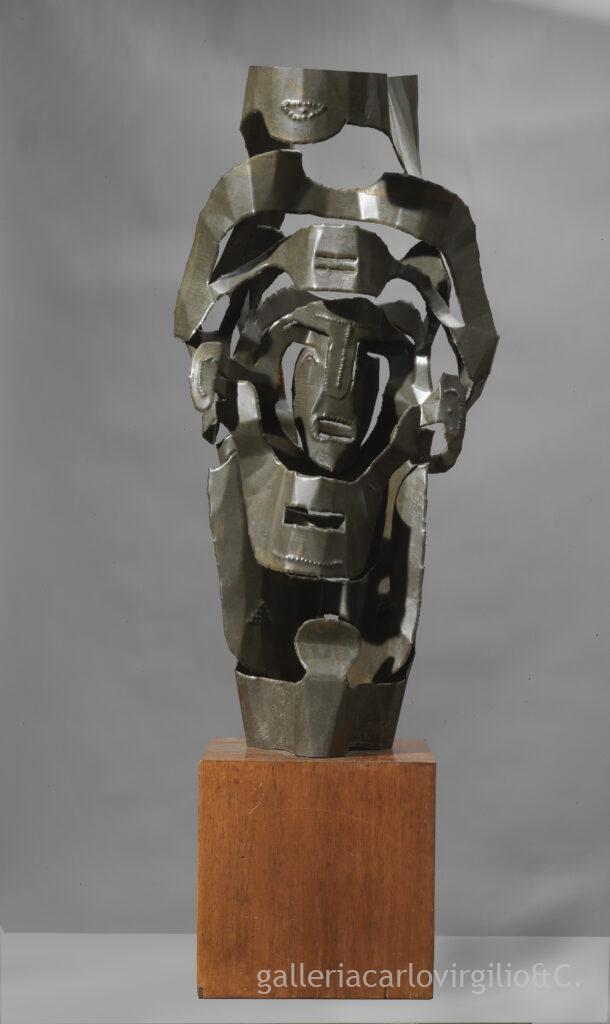 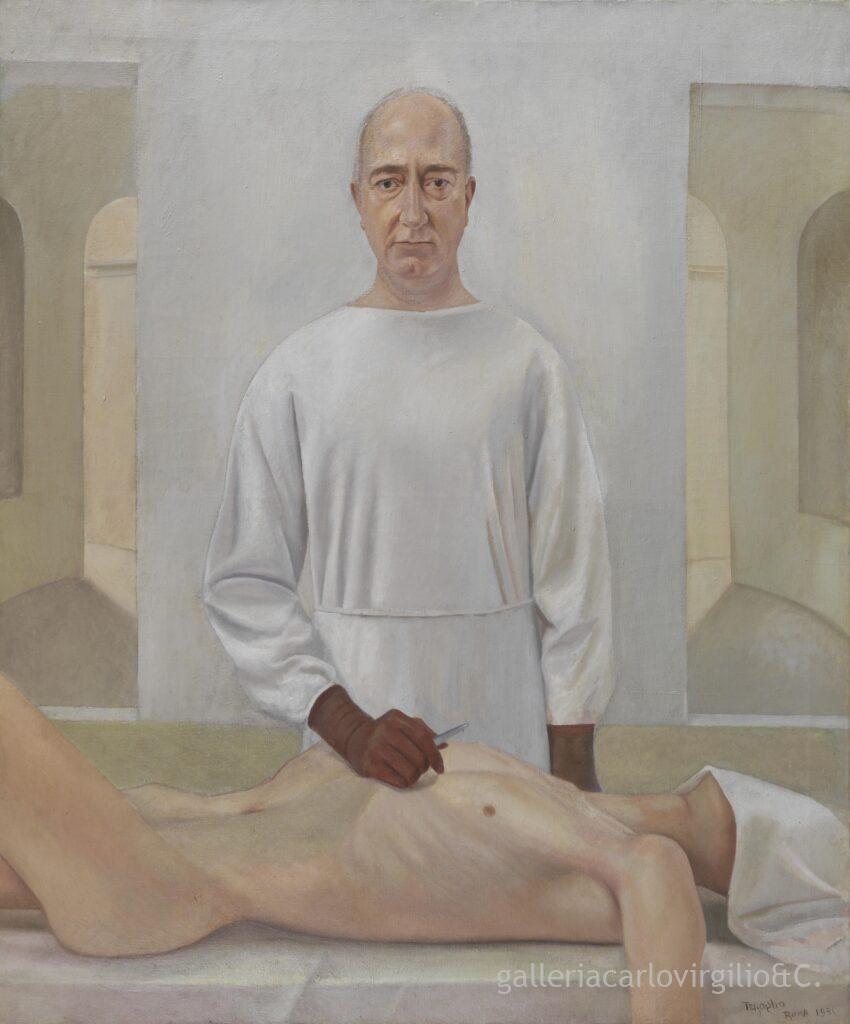 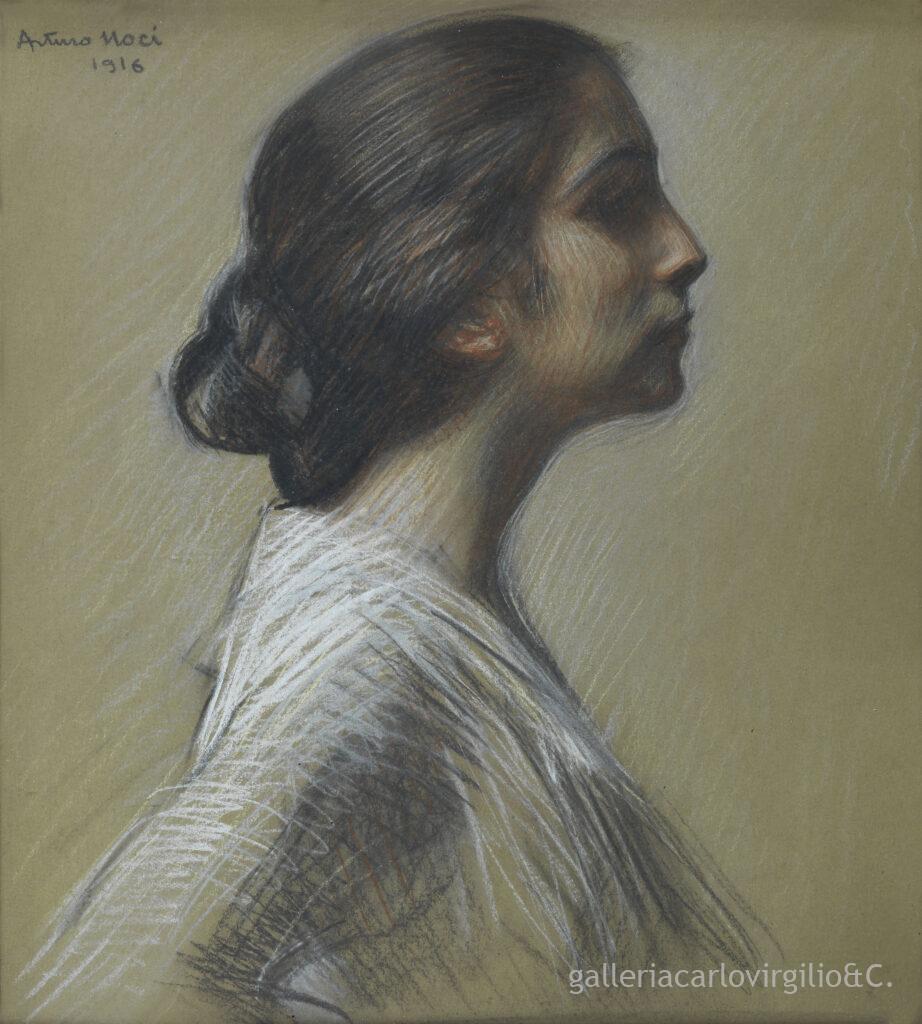 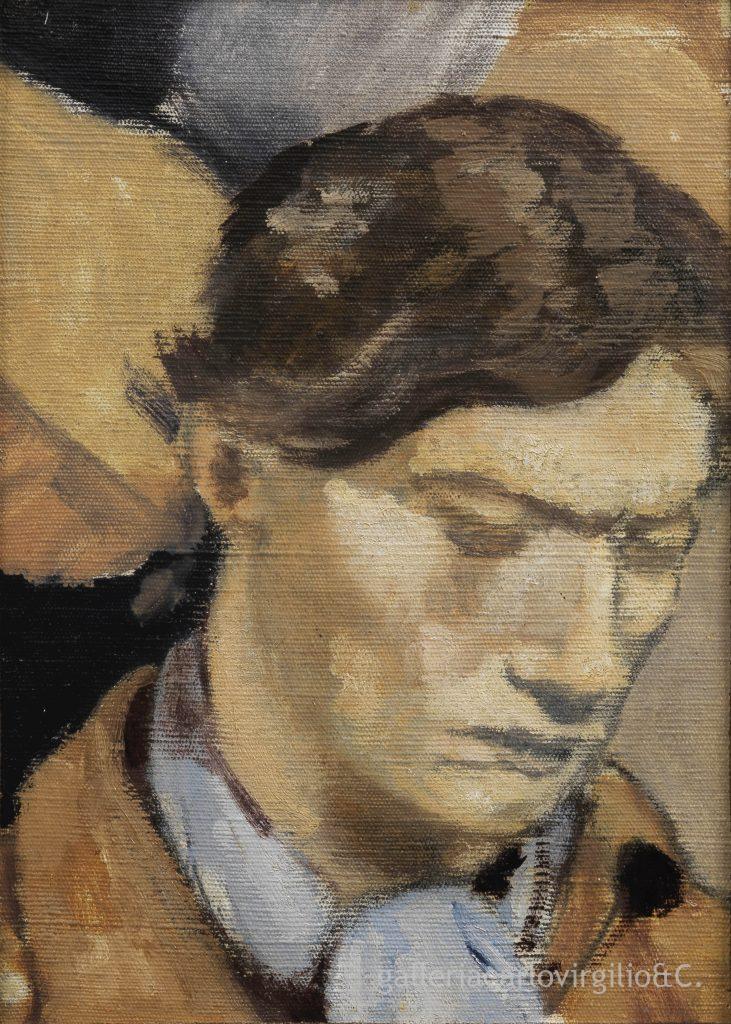 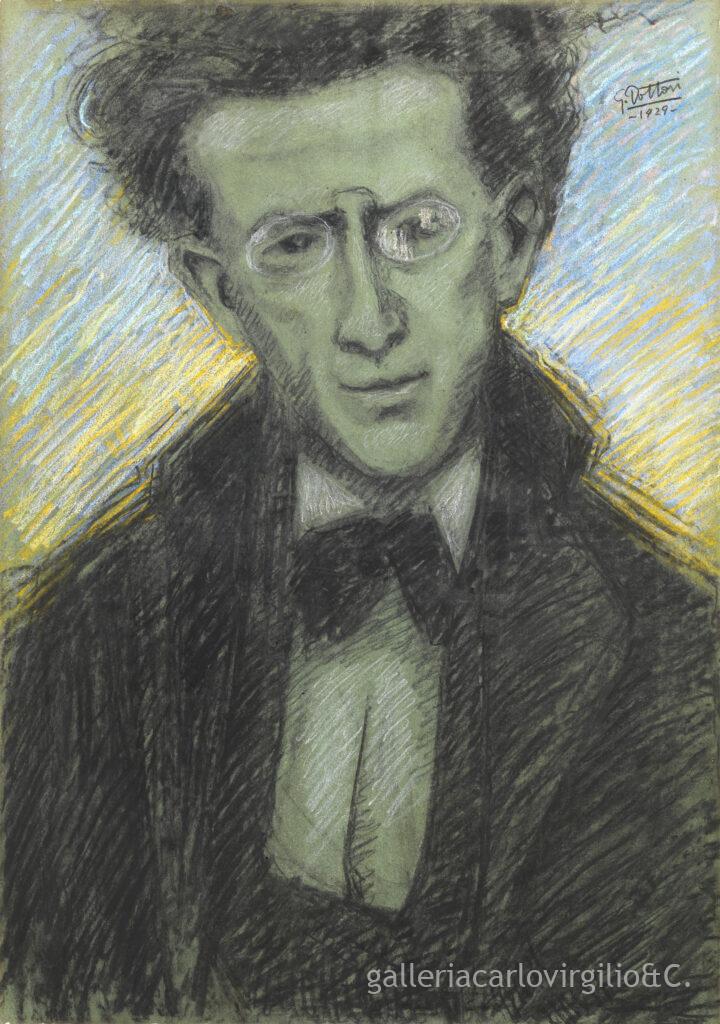 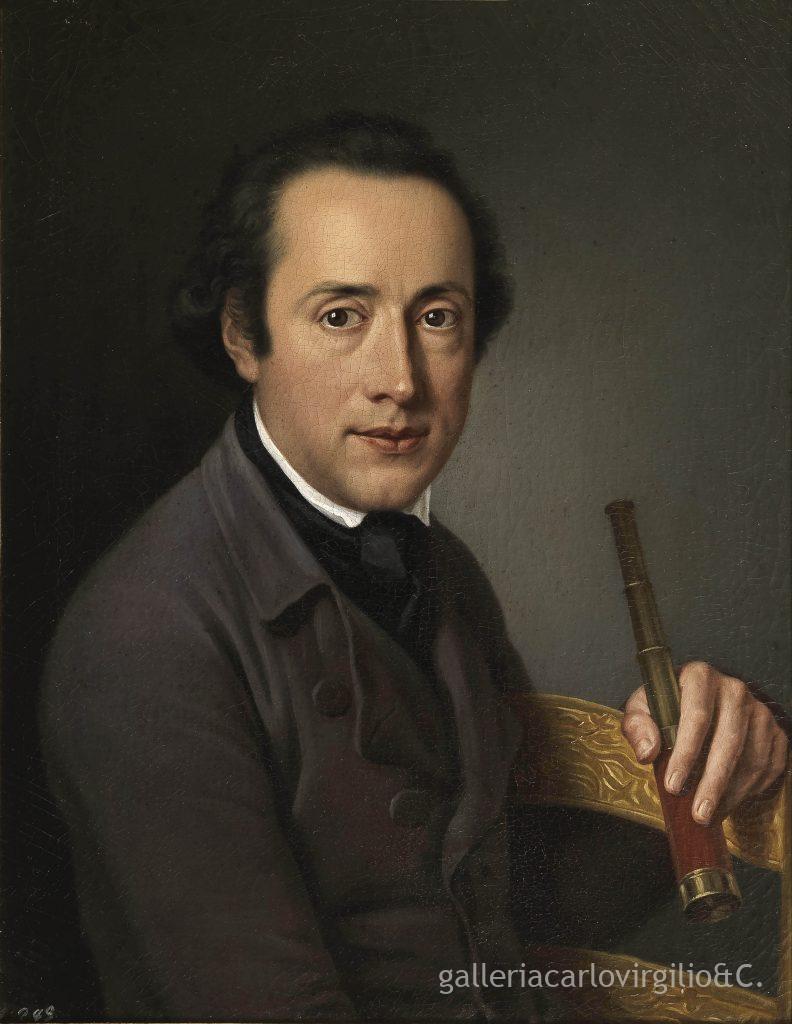