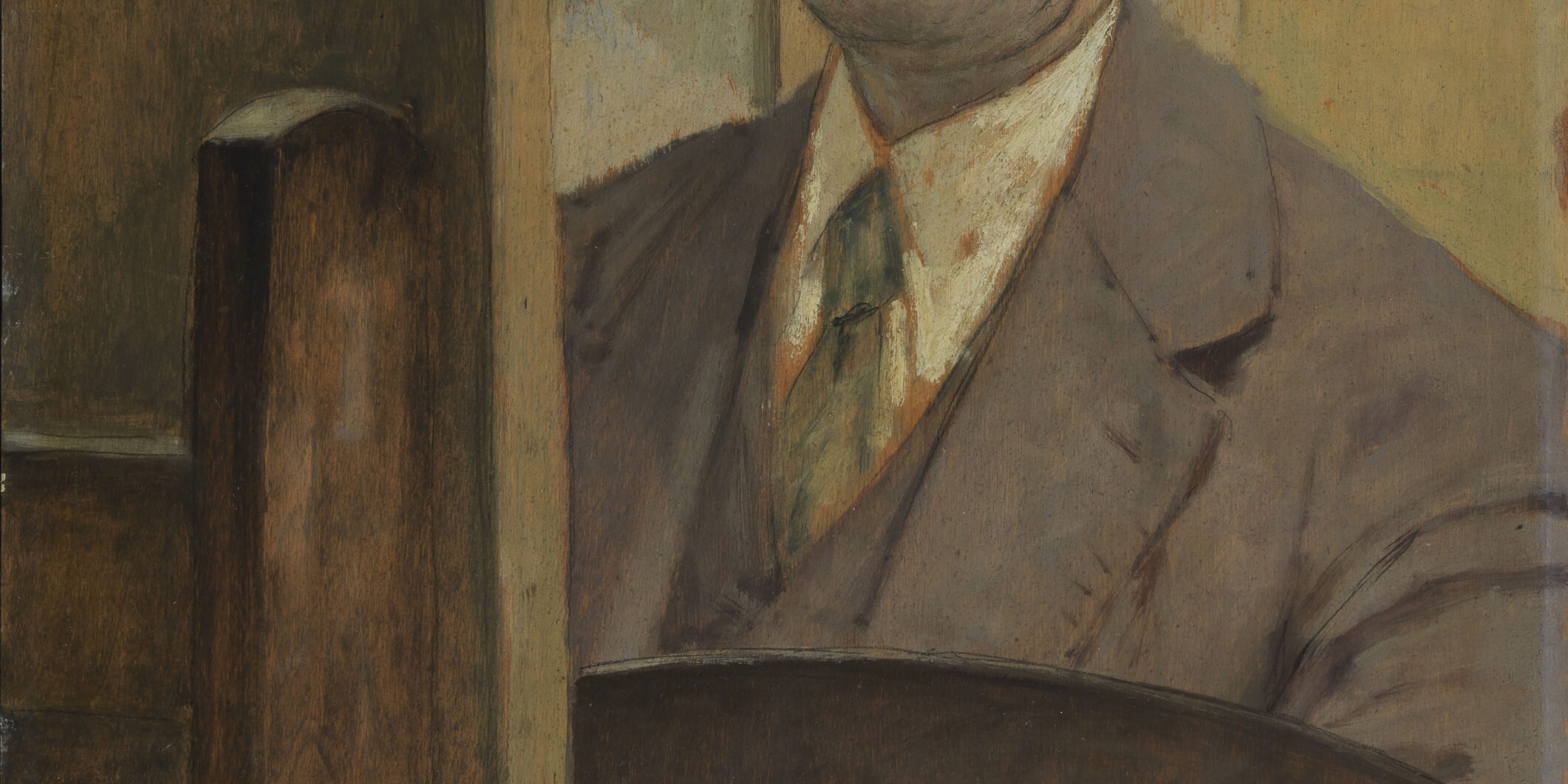 A long way from the decorativism of a Secessionist stamp with which he passed the first decades of the twentieth century, reaching high levels of Liberty and Déco expression, in this self-portrait, with the solid organisation of shapes and the tangible clarity of spatial scansion, Chini allows a very subtle soft material succulence to shine through, recalling its Novecentist ancestry. A more intimate dimension, distilled with a quiet poetic lyricism, characterised Chini’s painting for about a decade from the end of the twenties. In full maturity, after his successes at the Venice Biennales and prestigious commissions both in Italy and abroad – among which that of the Throne Room for the royal palace in Bangkok personally requested by the King of Siam stands out – he began to focus on easel painting and to pay close attention to introspective psychological aspects, as can be seen by the concentrated intensity of the face and the signature on the parapet, which, mediating the dimension of memory and reflection, proudly recalls Florentine quattrocento arts and trades: painter and ceramicist.

For further information, to buy or sell works by Chini Galileo (1873-1933) or to request free estimates and evaluations