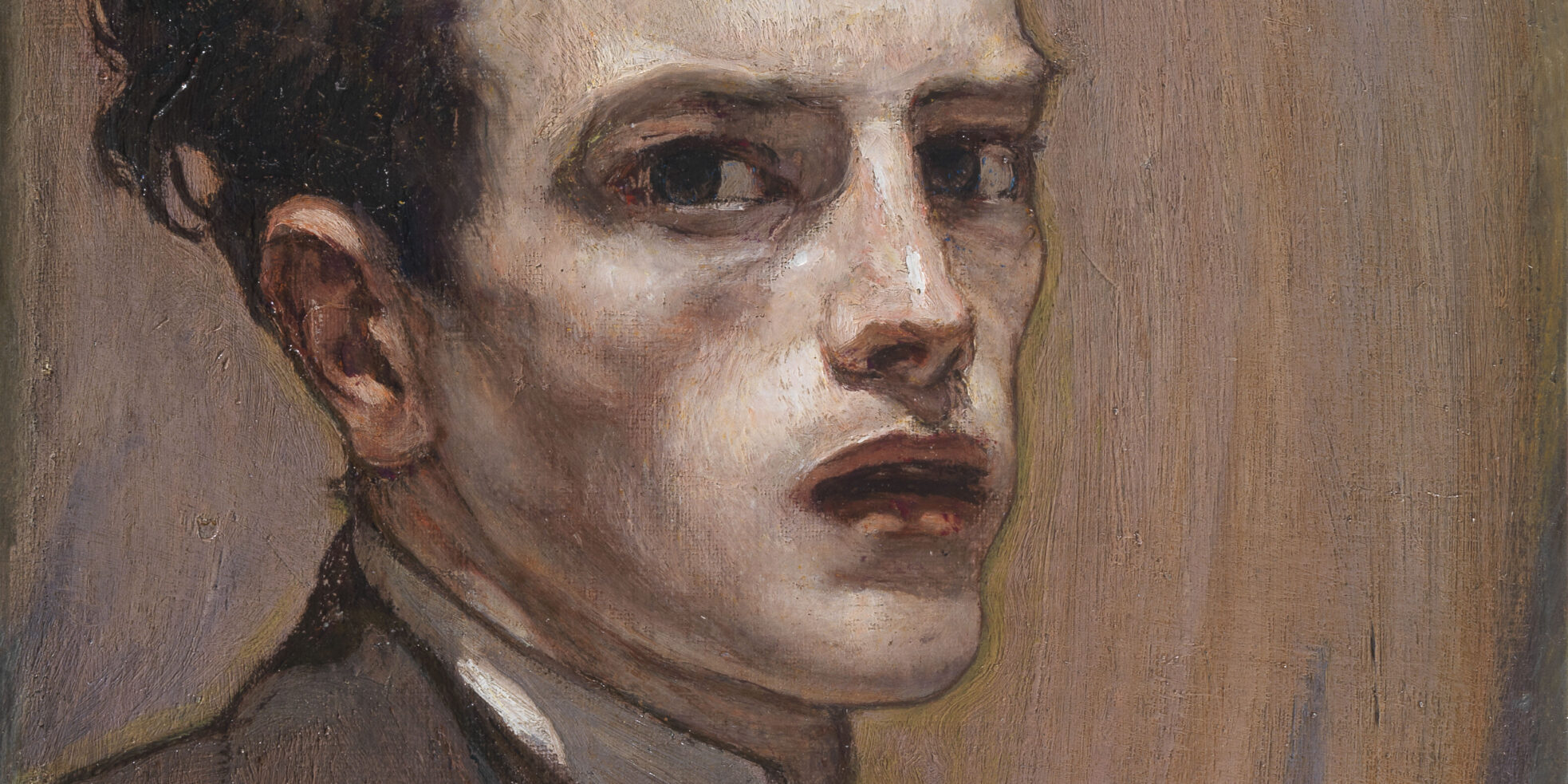 Considered the last Lombard Divisionist, due to acquaintance in his youth with Alberto Grubicy de Dragon, who also supported him as a patron, with Carlo Fornara and participation in the Divisionist Group at the first Rome Biennale in 1921, Vanni Rossi was also influenced by the symbolist mysticism of Gaetano Previati when he embraced the great tradition of sacred mural painting, aiming over time to define his own golden formula, in opposition to current trends. Regularly present with his easel paintings at artists’ reviews in Italy – from the Venice Biennale to the Permanente in Milan – and occasionally in wider Europe, he thus became a protagonist of religious art, painting frescoes in a large number of churches and sanctuaries with untiring dedication to artistic practice and its meanings.

The Self-Portrait presents us with the impression of the spiritual afflatus that was part of his artistic mission. At the same time it seems to reveal the existential condition of the young painter in the climate of anxiety between the wars, after four years spent at the Front, in that “sentiment run through with a very subtle vein of melancholy, of a fully Lombard spleen,” and in the “impalpable expressionist murmur” that according to Giorgio Seveso more generally characterised his entire body of work (cfr. Tiziano Rossi, Giorgio Seveso, Vanni Rossi: una pittura d’identità tra arte e vita, Ponte San Pietro 2009).