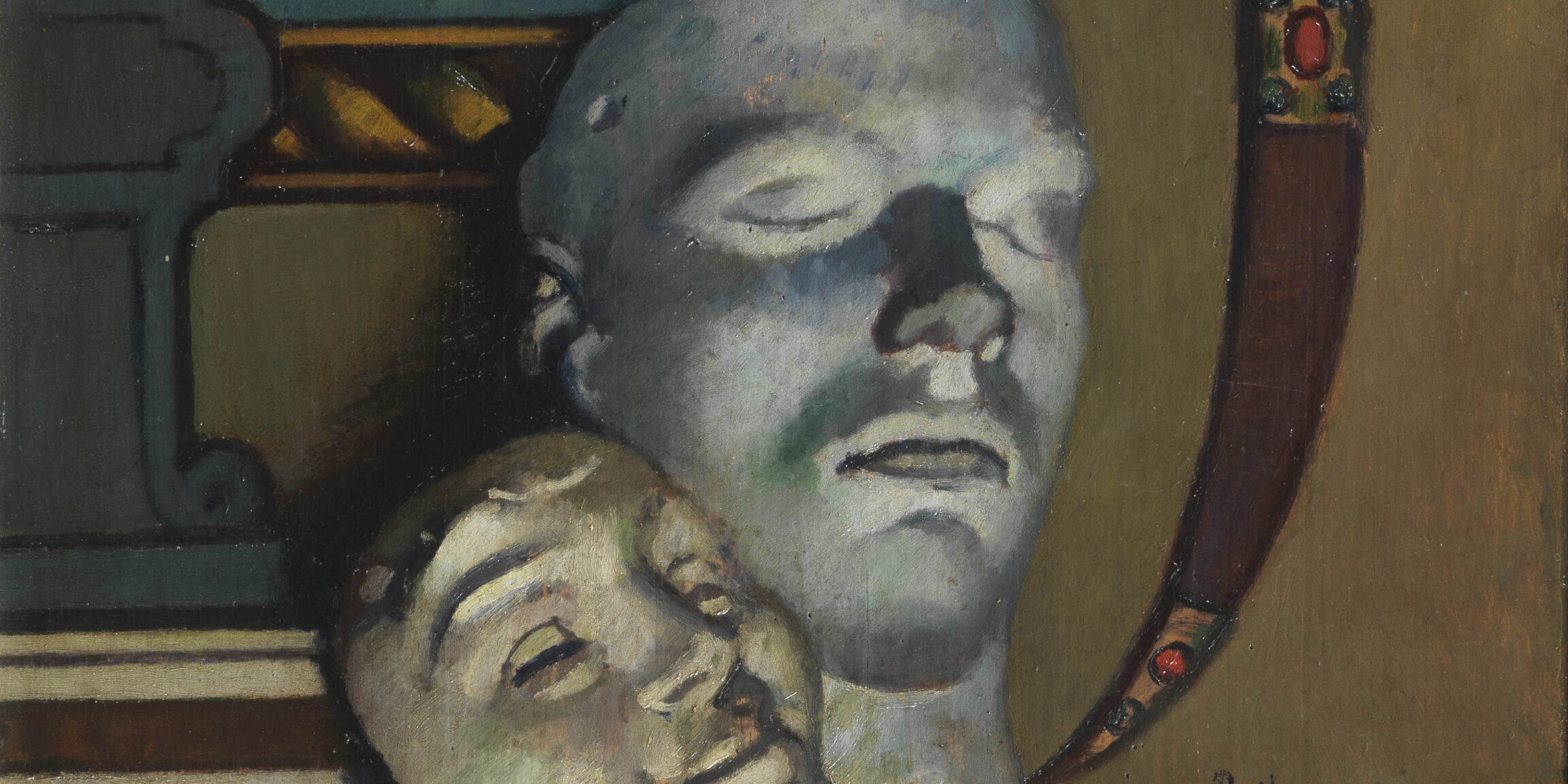 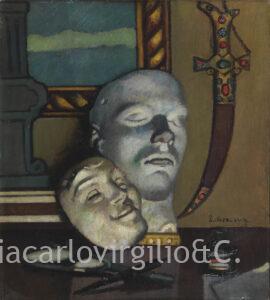 Interior with Masks (and Self-Portrait)

Internationally trained painter, Marussig studied in Vienna, Munich, Rome and Paris and took part in all the most important collective exhibitions of his time in Italy and abroad. Influenced by the Jugendstil – Franz von Stuck was among his tutors at the Munich Academy – initially he expresses himself in darker tones and gruelling atmospheres, to then, between Rome and Paris, mitigate the brutalities by filtering them through contact with classicism, impressionism and post impressionism. In France, in particular, he delves into the Nabis and Gauguin as well as Cézanne and Matisse, all of which, when returning to Italy, he blends into his own expressive language that he shows to be mature soon after 1910. It is an intellectual and highly restrained painting expressed through a palette of anti-naturalistic shades applied à plat and enclosed in marked outlines in black. From 1920, having moved to Milan, the chromatic ascents are tempered in favour of hotter and more naturalistic tones and, especially in the portrait, the painter reaches the heights of a deep and unsettled intimacy. This Interior with Masks is also sui generis, where the male face is the Self-Portrait in plaster dated 1913, from time of the artist’s brief excursion into the field of plastic, which was sold at auction by Finarte in 2018. Whereas the painting is datable to 1925, the year when some masks, of which the smaller, female mask is one, reappear several times in still lifes. Particularly enigmatic in atmosphere, accentuated by the mute and significant presence of objects and the frame on the wall being slightly out of square, this still life evokes further research into the rational purity of space, reducing to the essential the game of volumes, and that of strongly controlled introspective and spiritual depth.