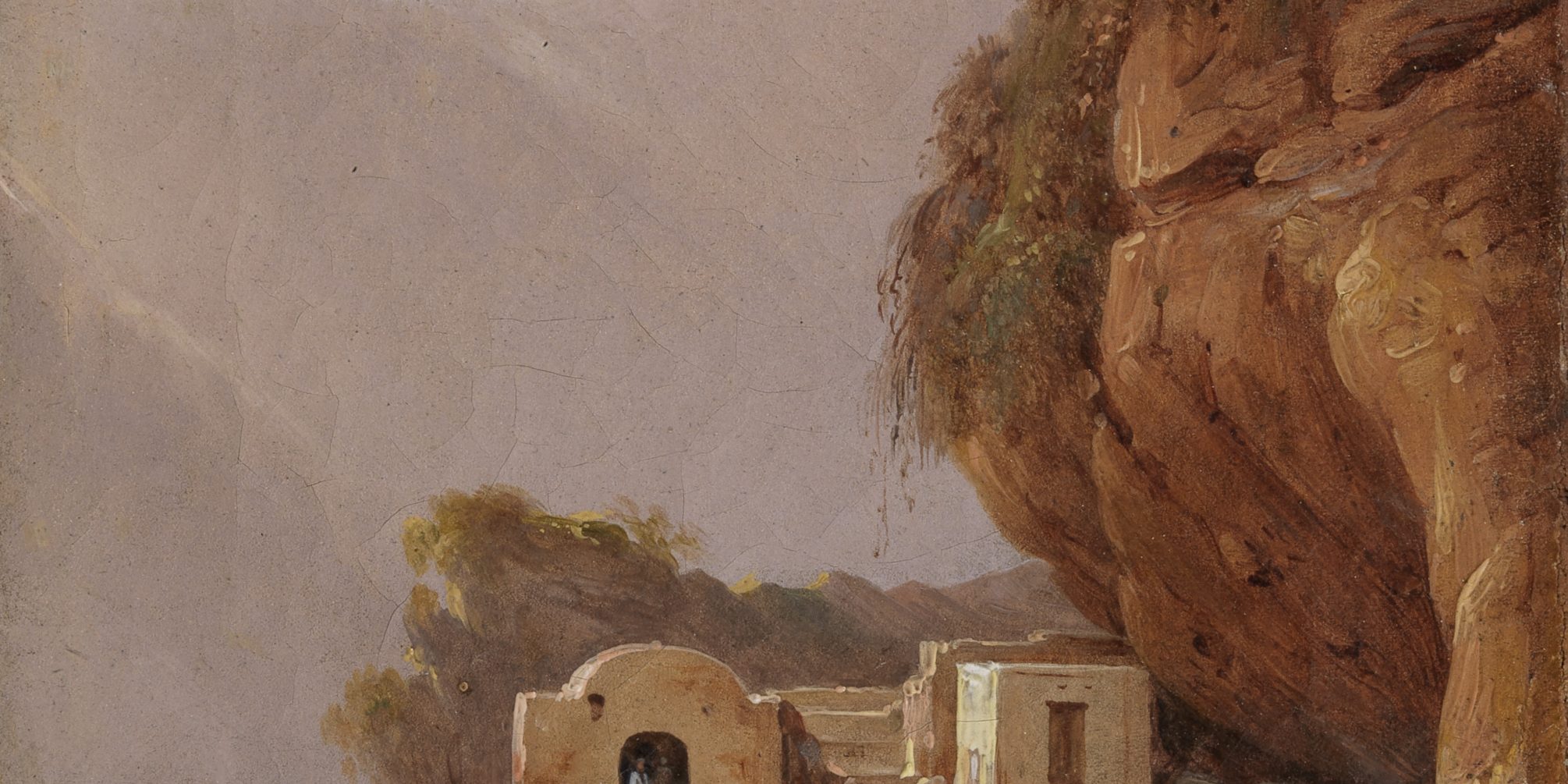 Signed on back of canvas, in pen: “Fergola”

Among the canonical destinations of nineteenth century landscape painting in Naples, the cave Grotta Bonea is situated on the route that led to the famous and agreeable sanctuary of Avvocatella near Cava, and was considered a picturesque subject due to the presence of wild, rocky terrain, ancient ruins and modest rural buildings, sometimes represented as a place of refuge for hermits or brigands, depending on the fancy of the artist. The subject was of interest to exponents of the Posillipo School such as Anton Sminck Pitloo and Giacinto Gigante, as well as Salvatore Fergola, in this small, valuable painting. The large exhibition held by the Gallerie d’Italia in Naples in 2016 has finally recognised this artist for his role not only of protagonist of veduta painting in his time, but also his official role of documentarian of the social aspects and technical and industrial innovations of the Kingdom of the Two Sicilies.

For further information, to buy or sell works by Salvatore Fergola (1796-1874) or to request free estimates and evaluations