Giovanni David – Birth of the Virgin 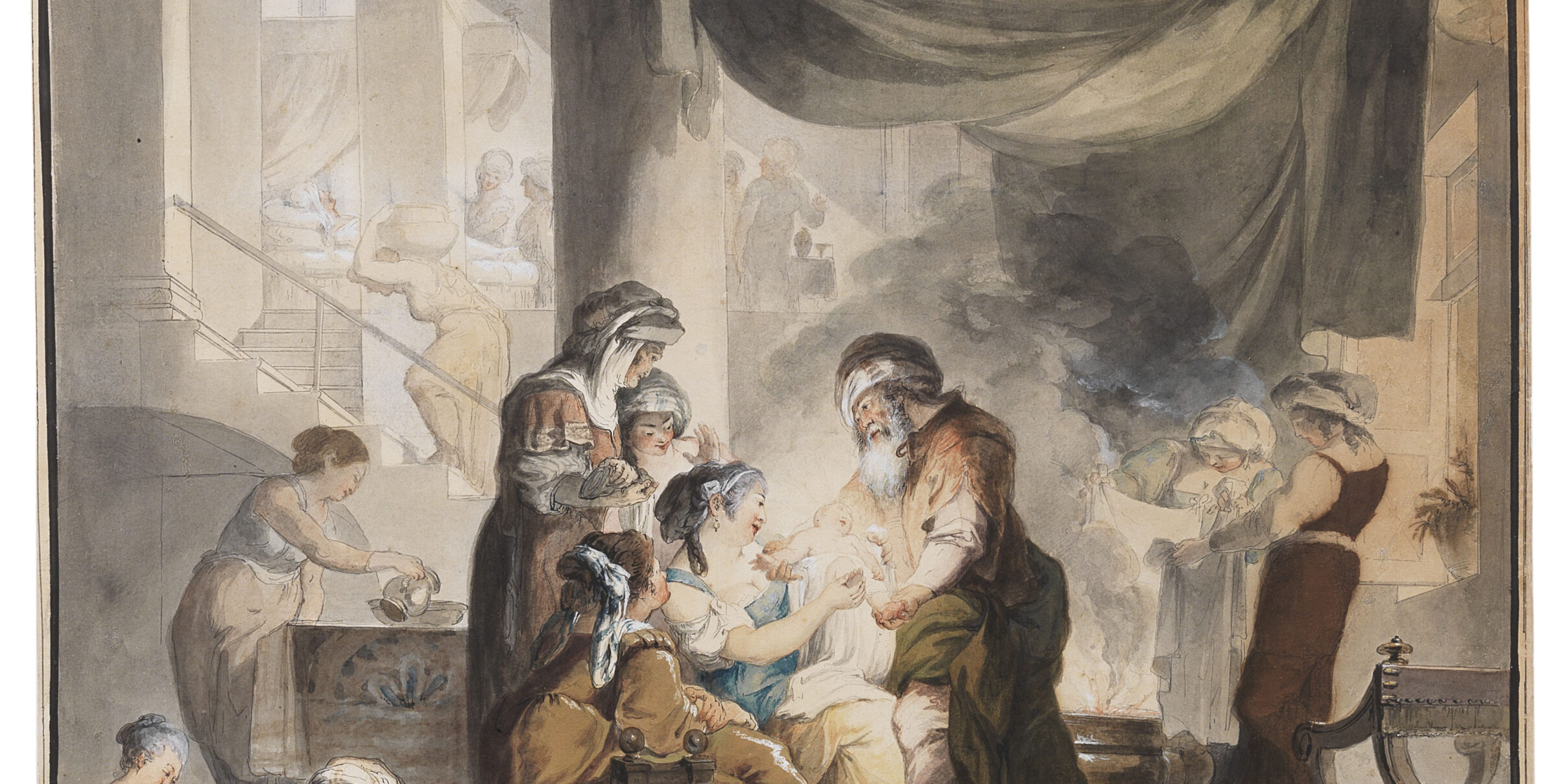 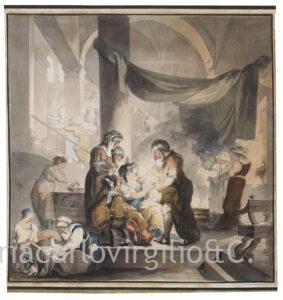 Birth of the Virgin

Executed in pandant with Presentation of the Virgin at the Temple, it is presumably the presentation drawing for the commission of the Birth of the Vergin for the church of Santa Maria delle Vigne in Genoa. However, the final work was executed in 1785 by Giuseppe Cades, while a third painting for the decoration of the presbytery of the church representing the Annunciation was executed by Carlo Giuseppe Ratti.

The two sheets (Birth of the Vergin and Presentation of the Vergine) well represent the talent and poetics of Giovanni David, etching and aquatint engraver, painter of figure, history and theatrical scenes, who under the protection of the Durazzo family went to study from Genoa first to Rome, at the private academy of Domenico Corvi (1770-1775) and then in Venice, reaching the imperial ambassador Giacomo, who assisted in the formation of the collection of prints and drawings destined to constitute the first nucleus of the Albertina in Vienna. In Venice (1775-1776) David seemed to find the figurative references – between the perpetual Renaissance models and those of the now declining Rococo season – more akin to his imaginative inspiration and brilliant chromatism than the rigor of the incipient classicist canons. While the dramatic accents of his chiaroscuro, often in the nocturnal light, the grandeur of his settings, the contrasting twists of the figures and the satisfaction for the macabre subjects could be quite in tune with the sublime of the Nordic artists present in Rome in the same years as David, that is Fussli, Sergel and Abildgaard, whose ideal legacy were to later interpret Giani and his Accademia dei Pensieri.

The biographer Alizeri recalled that the eccentric artist loved to enrich his inventions with surprising perspective and light effects, as in the drawings presented here. “But in such architectural elements, as to say either ‘escapes’ of columns or stairways or vestibules or glimpses of mezzanines or the degradation of buildings he also put singular affection, to the point of sometimes forgetting the main teachings. Of the drawings that I saw on paper there are few which do not have either as part of the subject, or drawn in pen on the back or on the margin, any essay of this talent.“ So the biographer argued, who then described a specific type of drawing that was a prelude to the pictorial execution. “These papers of his he used to shade with soot, strong and resolutely: primary a scholar of masses and quick effects, rather than outlines or other art element. Sometimes he varied them in light colors, when he especially intended to produce them in canvas: he then took care of the lines, decided the tones, studied the expressions, as he who wants to be sure of the work.

The two drawings representing the Birth of the Virgin and the Presentation of the Virgin in the Temple fall into this typology, probably tied to the presentation of projects to the clients. They are in fact tied to the decoration designed by the architect Gaetano Cantone for the presbytery of Santa Maria della Vigna in Genoa with Marian subjects, between 1783 and 1785. The Roman Giuseppe Cades obtained the commission for the Birth of the Virgin, while David performed the Presentation of the Vergin at the Temple and Carlo Giuseppe Ratti, who shared the Roman formation with the others, the Annunciation.

The drawing of the Presentation in the Temple constitutes a variant of the painting then executed by David, with the grandiose and scenographic architectural setting, the main event underlined by the direction of the lights, then enriched in the picture by the numerous accessory figures so in keeping with the curious imagination of the artist. If Cades resolved the subject assigned to him in the composed and solemn layout, instead the Birth of the Virgin proposed by David in drawing lights up with main and secondary lights that in the complex perspective plans evoke the Piranesian prisons.