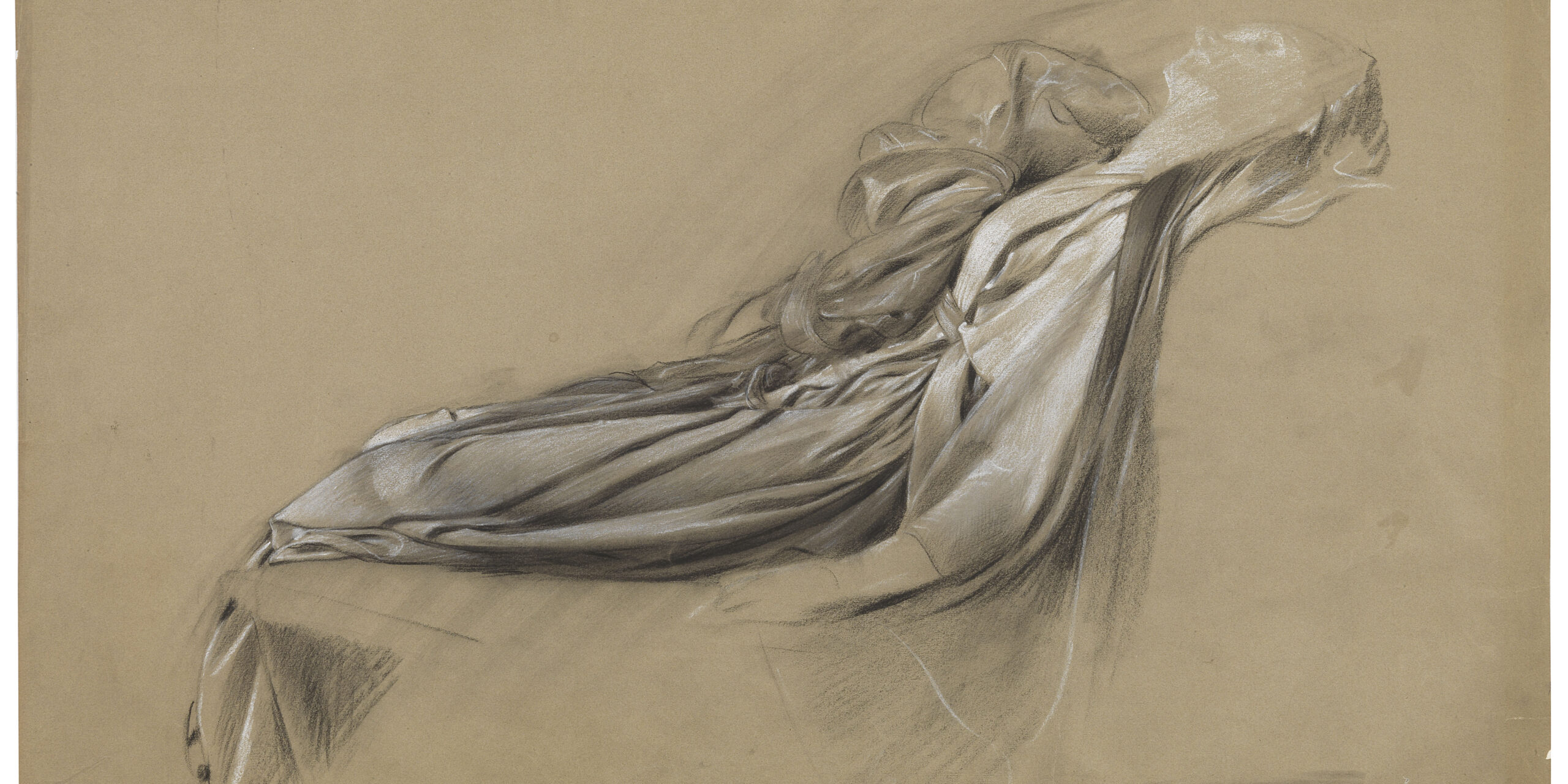 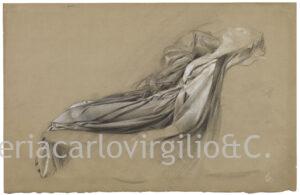 Drawn down in the artist’s heyday – in 1891, he received Austria’s most coveted honor, the Kaiserpreis, at its second edition, the first assigned to Gustav Klimt – this preparatory study is part of a series dedicated to the realization of one of his most celebrated works: Dream of Santa Cecilia with musician angels. Awarded in 1889 in Vienna with the Reichel prize and obtained an honorable mention in Berlin the following year, the work stages the Santa asleep on a beach surrounded by ethereal figures of musician angels in an elegant symbolist atmosphere precursor of the preciousness Jugendstil. The pose of Cecilia, with her body softly lying on the rock support and her head tilted back, seems to translate into the sensitivity of the end of the century the exasperate model of the ecstasy of Santa Teresa and the Blessed Ludovica Albertoni by Gian Lorenzo Bernini.

In this study focused on drapery, so much so that the uncovered parts of the saint’s body are barely mentioned, Hirschl once again demonstrates the independent character of his graphic work. The idyllic and academic tone recedes and from the soft and elongated stroke, the engraved shadows and the delicate highlights clearly advances the intense intimacy of the expression.

For further information, to buy or sell works by Hirémy-Hirschl Adolf (1860-1933) or to request free estimates and evaluations