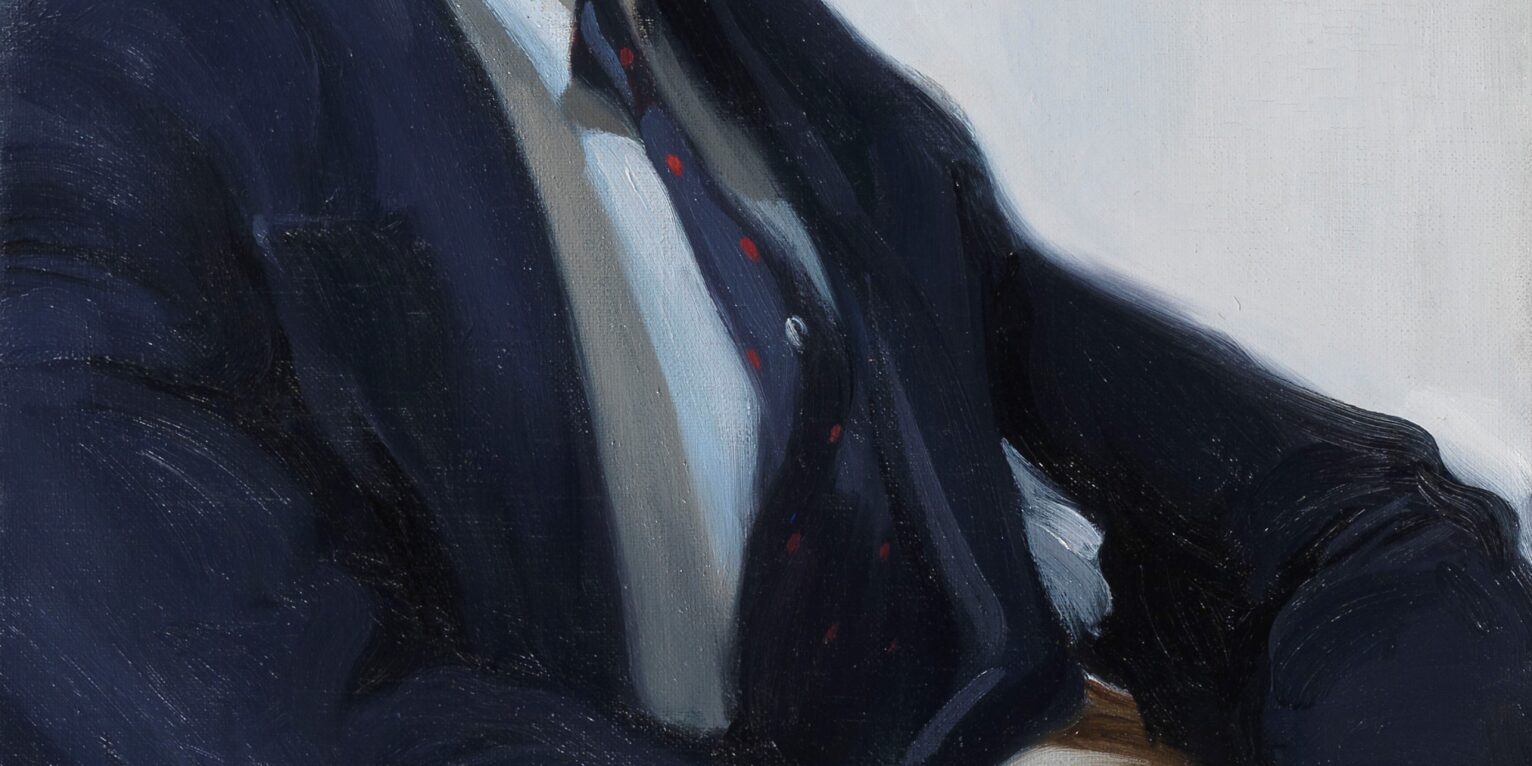 The Roman artist Carlo Romagnoli trained at the capital’s Accademia di Belle Arti and associated Scuola Libera del Nudo. His debut came early, in 1905 at the Promotrice. From that moment his participation in exhibitions continued intensively until the mid 1930s; he showed his work at the Amatori e Cultori until 1927, the Mostra degli Indipendenti in 1911, the Biennale Romana in 1925, the Biennale di Venezia in 1934 and exhibitions in Berlin and Brussels in 1935. Well established in the artistic milieu of Rome, as can be seen not least from his membership of the artistic society XXV della Campagna Romana, at the start of the second decade of the century, Romagnoli was already known and appreciated as portraitist of Rome’s nobility and upper-bourgeoisie. After the Second World War all trace of him was lost until forty years after his death when a distant heir discovered his atelier in via Nizza in Rome, which had remained as the painter had left it, containing numerous works of art that span his entire activity.

This robust portrait, an expression of virile assurance and aristocratic bearing, is dated to 1913. The soft, plastic simplification of its surfaces, the marked traits and the elongated brushstrokes creating a soft and pasty pictorial texture, point to a modern painter, attentive to the new trends of European painting and in particular the taste for international impressionism wedded to the effects of light but not in favour of the disintegration of shapes. Having moved on from the link that his drawings of the first decade of the century show to divisionist culture – though mediated as a founding cultural element – and having abandoned the secessionist harshness of stroke, here, as in his production up to the 1920s, Romagnoli demonstrates the quality of his painting by confidently moving towards the veristic approach to volumes seen in Joaquìn Sorolla and Anders Zorn.

For further information, to buy or sell works by Romagnoli Carlo (1888-1965) or to request free estimates and evaluations