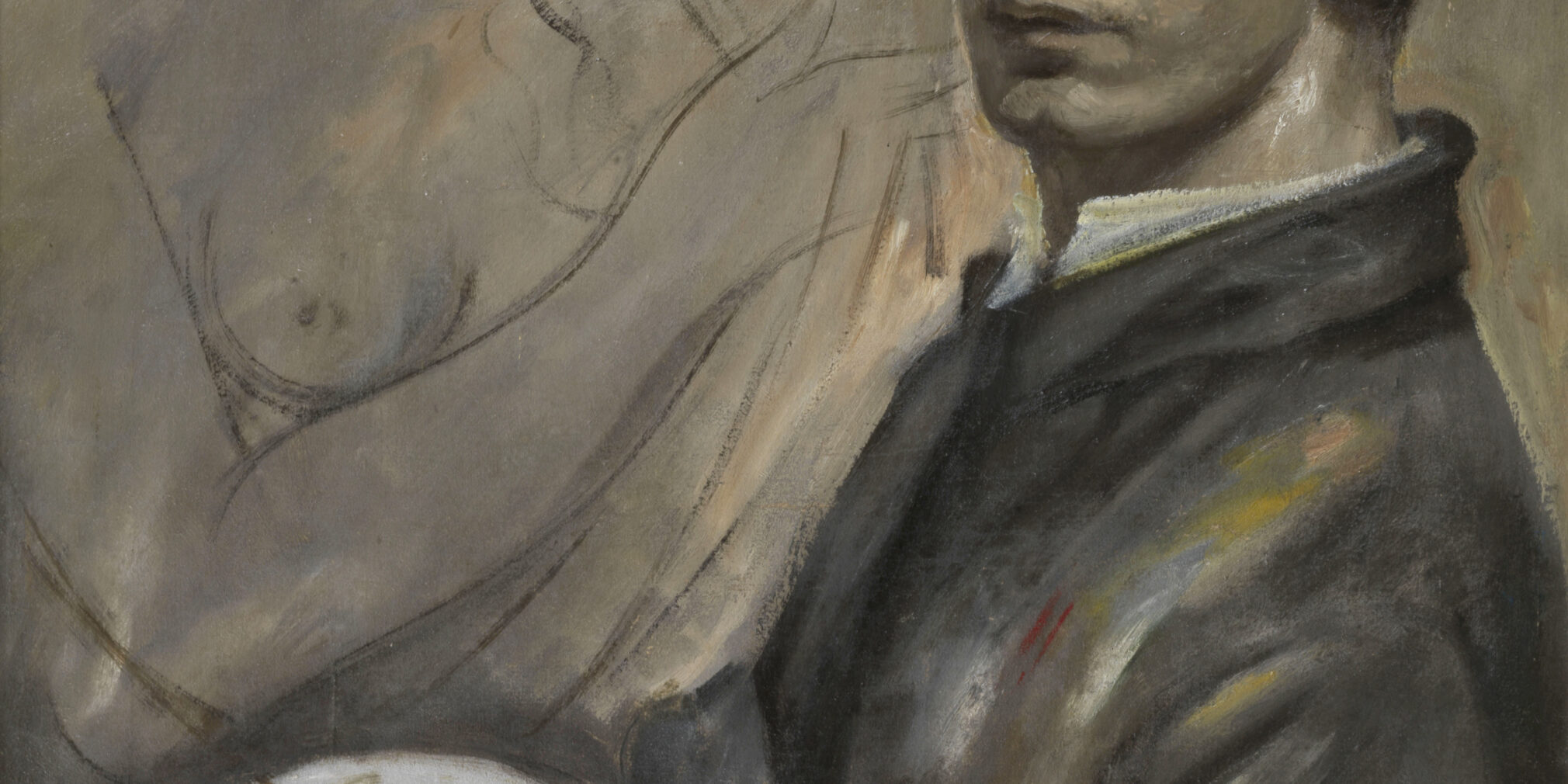 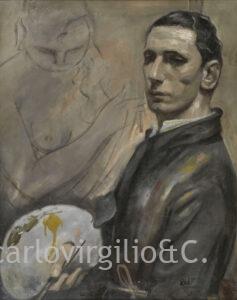 Self-Portrait with Palette and Nude

A painter and sculptor who was largely self-taught, although showing signs of a culture of European breadth – he made numerous trips and sojourns abroad, in particular to London and Holland, as well as showing his work in galleries in Europe and New York. Throughout his career he was deeply tied to his city of origin, Novara, where for many years and until 1961 his attic studio in via Pier Lombardo was the lively meeting place of an active cultural scene embracing painters, sculptors, musicians, poets, journalists and others.

An artist of notable sensibility, Poletti registers a constant change of atmosphere and artistic language over the course of his long career. His early works, which date to the middle of the twenties, are influenced by the novecentist feel that between the third and fourth decades of the century represent one of the major lines of figurative painting in Italy and Europe. Poletti adhered to it with his own personal approach that seemed to echo on occasions Achille Funi, Mario Tozzi or Gisberto Ceracchini, without ever being completely assimilated to them. Thus, for example, in the noteworthy and precocious Self-Portrait with Mother dated 1929, novecentism is declined with an efficient cool and cerebral line that synthesizes the volumes, where however the layers show up, even in the flatness of the brushstrokes, and the emphasized luministic modelling betrays a vein that tends more to expressionism than to classical composure. This self-portrait from not afterwards – probably intended to be ‘at the mirror’ given that the palette is in his right hand – is still tied to the novecentist and archaic-style language in its solid plastic construction, but the dense brushstroke is thicker, textured, and the palette is muted in browns and black greys, lighting up only on the painter’s jacket and on the palette with ochre, sky blue and red smudges, and in the white markings that highlight the forehead in particular. This thick, lumpy texture, almost inanimate and wrapped in a terse and cerulean atmosphere occasionally comes close to the expressionist sensibility of Mario Sironi, although never adopting his severe primordial monumentalism. Instead it focuses on the intimate, introspective dimension of the painter at work, in a diaristic account – there will be many self-portraits – that freezes the gesture and enters psychological and human drama.