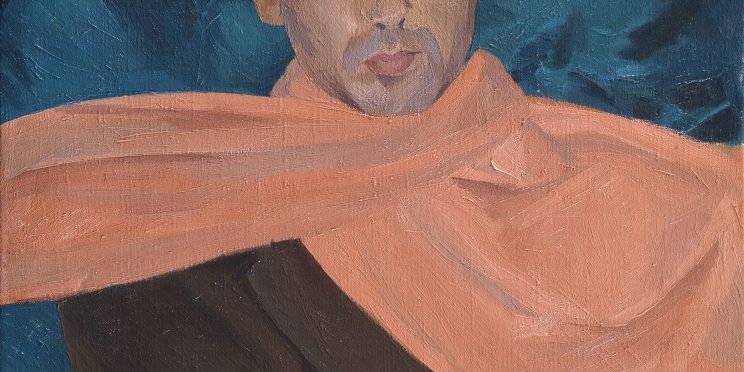 Carlo Virgilio Gallery will be present also this year at the London Art Week, in the temporary gallery at 38 Dover Street, second floor, from 30 June to 7 July.

The participation involves two exhibition projects. The first one collects twenty portraits, from 16th to 20th Centuries, of different style and typology, but chosen for iconographic originality or qualitative excellence, mostly unpublished and never presented to the market. Starting from a rediscovered copper by Ottavio Leoni, representing a Meeting of Ladies, whose preparatory drawing is preserved in Berlin, the chronological development of the exhibition continues with a group of six portraits of the Neapolitan family Serra di Cassano, painted by Carlo Amalfi around the middle of the 18th Century, an extraordinary portrait by Anton von Maron representing Thomas Jenkins, the most important connoisseur and merchant of ancient marbles in Rome during the second half of the Century, a refined juvenile work by Pietro Benvenuti, the equestrian portrait of Luigi Braschi, nephew of Pius VI, by Bernardino Nocchi and the effigy of the Napoleonic magistrate in Rome Ferdinando Dal Pozzo by Josè Aparicio.

Among the works of the 20th Century are some masterpieces, such as the works by Renato Tomassi, imbued with the secessionist culture, by surrealist Alberto Savinio or by Roberto Melli, protagonist of the Roman school. Completing this exhibition is a juvenile painting by Xavier Bueno, able to emulate with estrangement effects the style of Antonello da Messina.

The second part of the exhibition is dedicated to some episodes of the Avant-garde art and Italian design of the 20th century. Alongside a futuristic design by Gino Severini, a series of works by Bruno Munari represent the debut during the 1930s of the genius and polyform protagonist of the Italian Twentieth century, with collages and drawings in the field of airbrush painting, expressionist architecture, graphic design and advertising illustration, up to the first experiments of abstract motives. Design and advertising graphic return in the studies for the logo of the Studio Boggeri in Milan, creator of the first advertising campaigns of Olivetti, of Pininfarina Cisitalia 202, of Pirelli tires – author Pino Tovaglia. Architecture is also represented in the plastic for the Olympic Stadium in Rome, by Annibale Vitellozzi. The researches in the field of abstractionism and informalism of the 1950s are represented by a series of fifteen photos by Pasquale De Antonis, unique and original works exhibited in 1951 and 1957 at the gallery L’Obelisco, and by a ceramic Sheet by Nedda Guidi, of 1964.

ITALIAN WORKS OF ART AND DESIGN FROM THE 20TH CENTURY