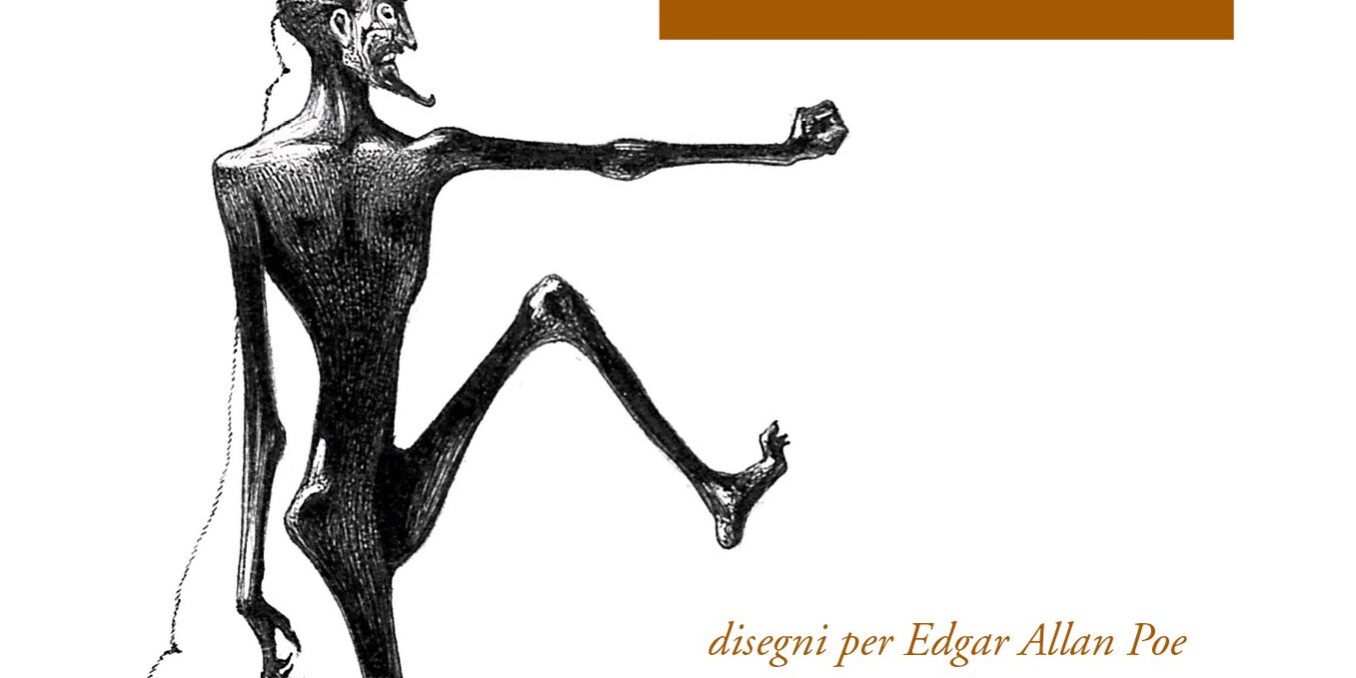 After the great public exhibitions dedicated to Alberto Martini between the 1980s and 1990s, the exhibition in the gallery represents the first opportunity to be able to see once again a significant corpus of China pen drawings of the beginnings and maturity of the great artist from Treviso area, protagonist of European Symbolism and then one of the recognized inspirers of Surrealism. Precisely the unparalleled technical results achieved in that phase ensured Martini immediate European fame, solicited by the great art critic Vittorio Pica, present in the exhibition thanks to the famous pen portrait made by the artist in 1912.

Some of the sheets presented testify to the evolution of the Martinian style starting from the premises of contemporary European graphics and Durerian references. These are illustrations for Luigi Pulci’s Morgante Maggiore (1895), Alessandro Tassoni’s The War of the Bucket (La secchia rapita), or even the drawings for  The Court of Miracles (La corte dei miracoli) (exhibited at the Venice Biennale of 1897) and for The Labour Poem (Il poema del lavoro) (exhibited in Turin in 1898 and then again in Venice, London, Munich and Berlin).

The most notable and consistent core of the exhibition concerns the illustrations for Edgar Allan Poe’s Tales. These are 11 drawings made between 1906 and 1908 among the most famous by Martini, reproduced everywhere in Martin’s bibliography and now found in the originals. The drawings for Poe’s cycle, exhibited in Brussels and London accompanied by vast critical acclaim (in London Martini was compared to William Blake), represent the artist’s most significant contribution to European literary illustration of symbolist matrix, where a visionary imagination is linked with the taste for the arcane symbol, the macabre, the grotesque irony. Not surprisingly, thanks to the direction of the lights, the different planes and the details, illustrations such as these were considered among the visual sources of modern cinema, in the 2000 exhibition Hitchcock et l’art: coïncidences fatales, Paris, Center Pompidou.

The extraordinary lithographs of the Mysteries cycle of 1914, self-portraits and the portrait of the Marquise Casati testify instead to the subsequent phase of Martini’s work, inspiring mysterious and surrealist suggestions.

A bronze by the great Symbolist sculptor Adolfo Wildt is in dialogue with Poe’s illustrations, while an extraordinary portrait of D’Annunzio by Paul Troubetzkoy, the only bronze version known today, accompanies the original portrait executed by Martini for the ex libris of the poet’s complete work.

The exhibition is accompanied by the printed catalog, edited by Alessandro Botta, a specialist scholar of the artist who has already published a volume dedicated to Martini’s illustrations for Poe’s stories.

A joint exhibition is dedicated to the artist in the same dates by the W. Apolloni Gallery, Via Margutta 53b, Rome: Alberto Martini. Masks and Shadows, curated by Monica Cardarelli. 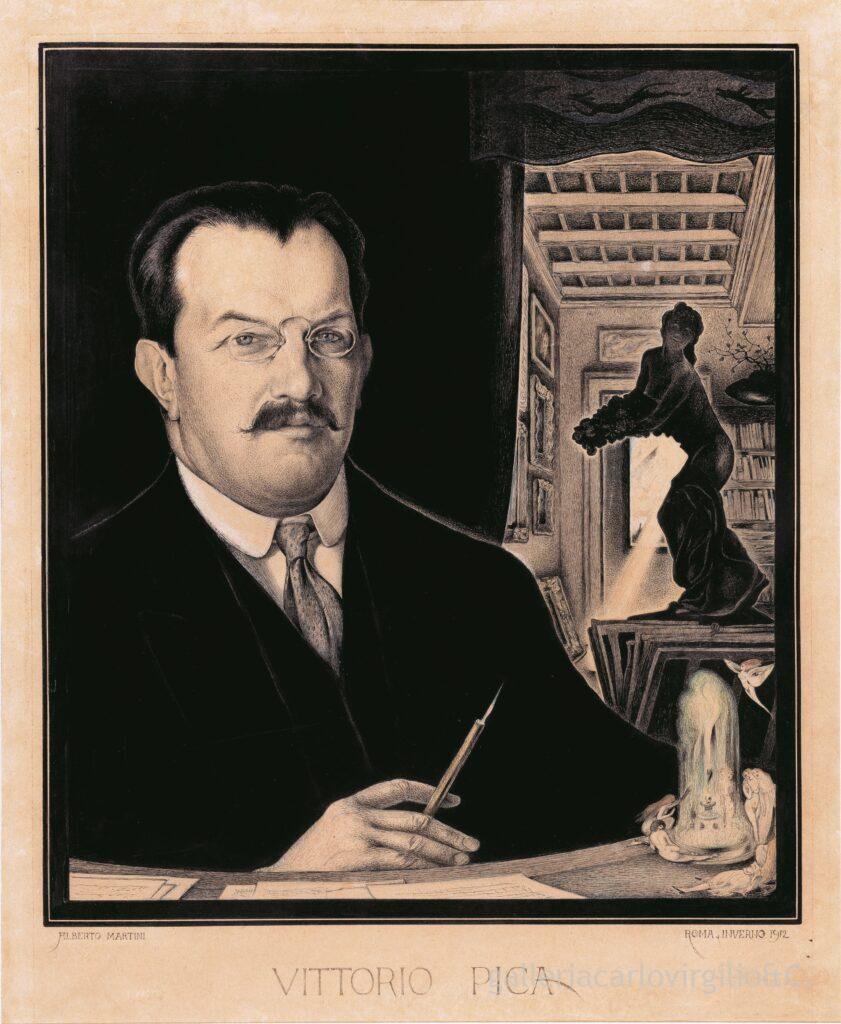 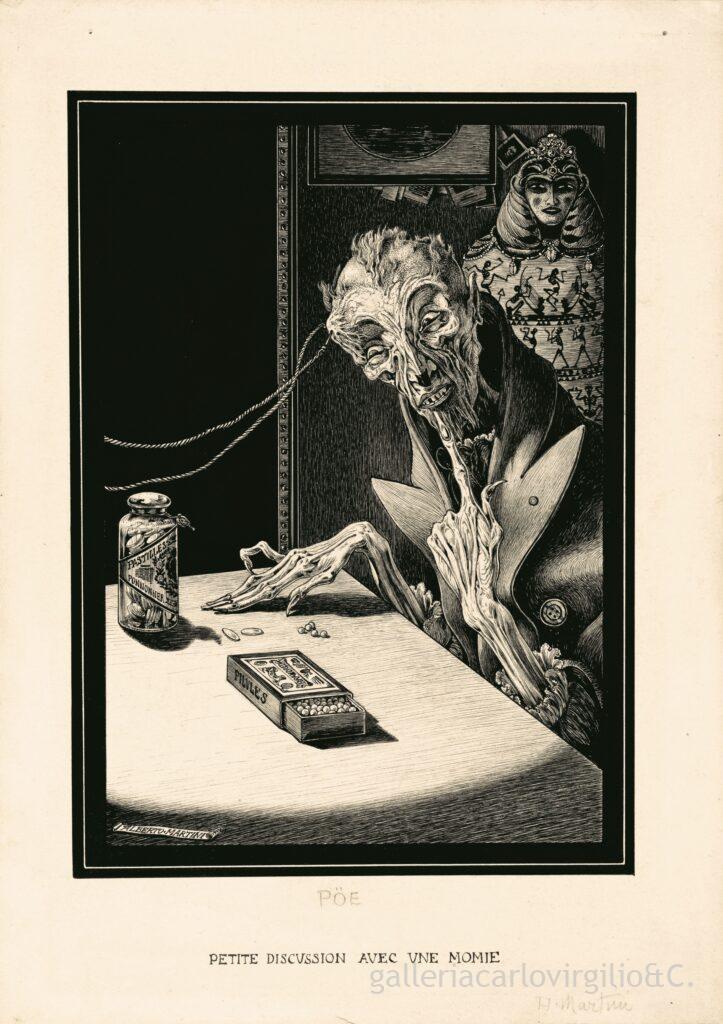 Alberto Martini – Some Words with a Mummy