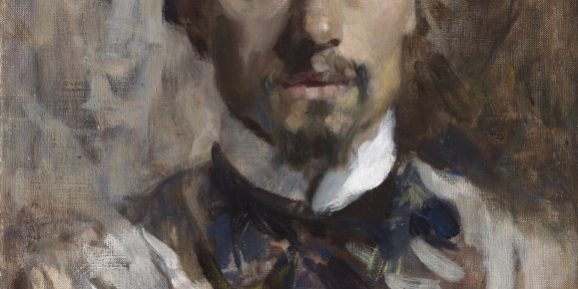 On the occasion of the summer appointment of the London Art Week, the Galleria Carlo Virgilio & C. will exhibit a series of pictorial portraits executed between the 17th and the 21st century in its London premises.

This is the second chapter of a show organized on the occasion of the 2017 edition of the London exhibition, entitled FACES, which encountered a surprising success.

The new edition, FACES 2, pivots also this year on the inedited, rediscovered quality of the selected works and on the beauty and originality, or sometimes oddity, of iconography.

The exhibition brings together a large number, in consideration of their rarity, of self-portraits of painters. To this genre belong the self-portraits of Christian Seyboldt, an eccentric German artist active in Vienna in the 18th century; those of the two scapigliati (literary disheveled, but a bohemian Italian artistic movement of the late 19th century) Emilio Gola and Ludovico Zambeletti; of Francesco Olivucci, who portrays himself in the iconography of the Renaissance ceramists; of the sculptor Mirko, who using the watercolor technique on paper portrayed also his brother Afro in 1946; and the most recent Self-Portrait by Gianni Dessì, the current president of the historical institution Accademia Nazionale di San Luca.

Portraits of artists are the portrait of the famous neoclassical painter Vincenzo Camuccini, a work by his student from Palermo Salvatore Lo Forte, and of the French symbolist sculptor Pierre Felix Masseau, made in Paris in 1891 by the American impressionist painter Ernest Ludvig Ipsen. Among the singular faces, from the seventeenth century to 2018 we find works by José Maria Hidalgo (the Queens of Spain and Sardinia), Pompeo Batoni, Giovanni Colacicchi, Thayhat, Enzo Cucchi, without disdaining curious works of great quality still waiting for a possible attribution.

The exhibition is accompanied by a catalog