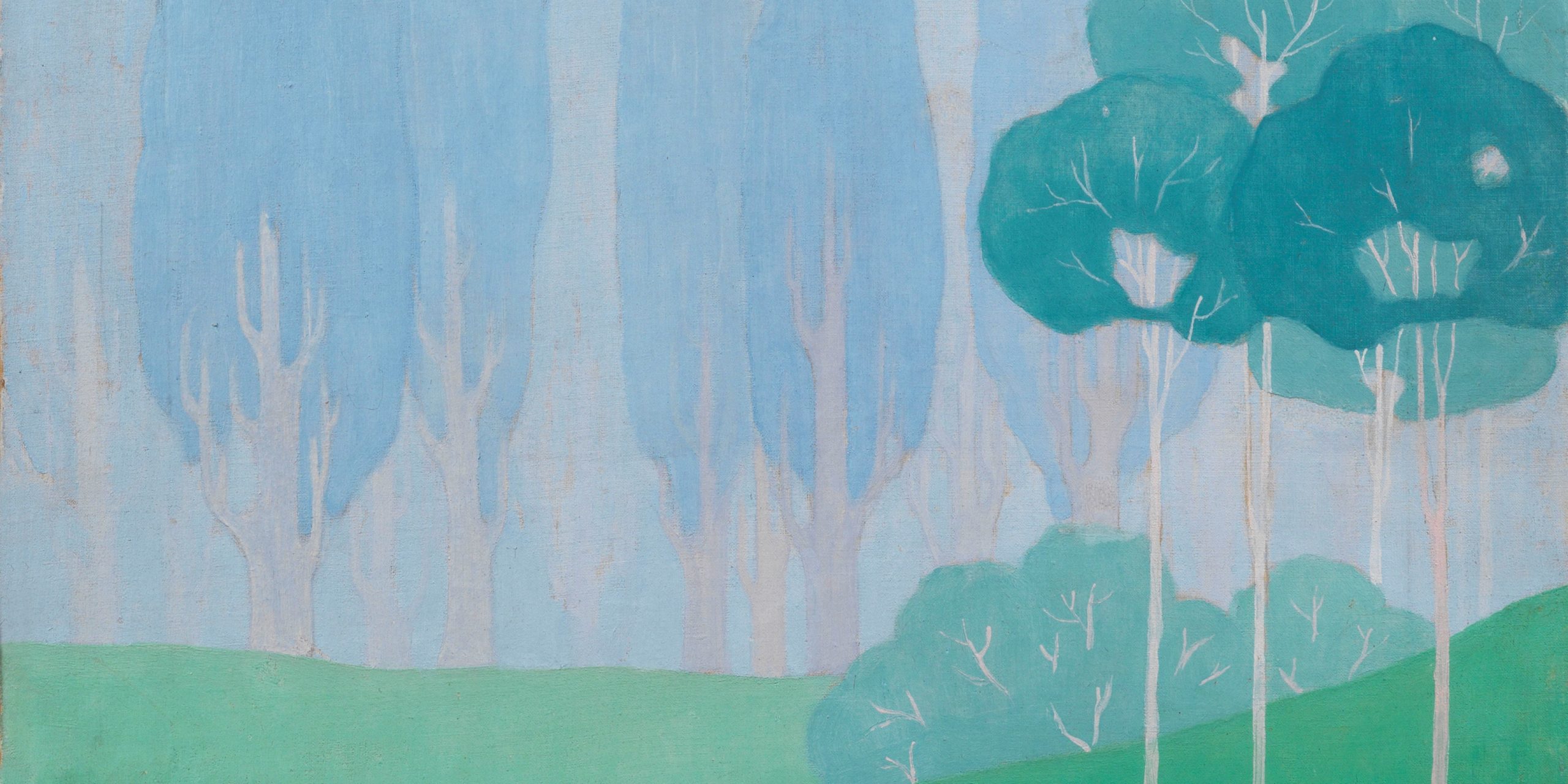 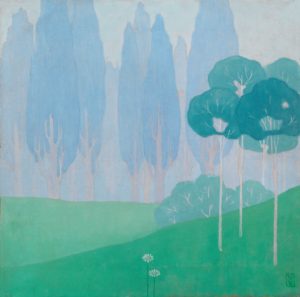 Vittorio Zecchin was among the most important Italian artists of the first half of the twentieth century and certainly a paradigmatic figure of that demolition of the boundaries between pure and applied arts that has characterized the artistic events of the last two centuries. Zecchin was a painter, designer of tapestries, fabrics, furniture and furnishing objects, especially in glass. In fact, from 1921 to 1925, he was the artistic director of the most important Italian glass factory, the Cappellin Venini & C., a foretold fate for those who, like him, were born in Murano to a glassmaker father.

His training was marked by the suggestions coming from the European secessions: his teacher at the Academy of Venice was Augusto Sezanne, painter-decorator close to the Munich milieu, sensitive to Böcklin and Von Stuck. If Zecchin’s early works are heavily influenced by the style of the latter, the meeting in 1905 – at the Venice Biennale – with the painting of the Javanese-Dutch Jan Toorop proves to be essential in directing the young artist towards results that leave behind the naturalistic echoes of which the Munich painting was still imbued. If the rhythmically undulating lines and the flat, angular profiles of Toorop prove to be an ideal starting point for reflection, it will be only in 1910 that will take place the decisive encounter that will bring Zecchin’s language to complete maturation, that is to say the encounter with the works of Klimt, always thanks to the Venice Biennale, in those years a real occasion of international comparison for the Italian artists. In 1914, syncretizing suggestions received from the beyond the Alps reformist painters, the Venetian artist realized the perhaps most famous and important work of his career, the One Thousand and One Nights decorative panels for a room of the Hotel Terminus in Venice.

During the 1910s, Zecchin was a prominent figure in the Italian secessionist circles, starting with his exhibitions organized by the Bevilacqua La Masa Foundation at Ca’ Pesaro, the place in Venice attended by the most reformist front – if not strictly avant-garde – of the city. The artist then exhibited at the Roman Secessions (1913, 1914 and 1915), as well as in Munich (1913). In the Venetian secessionist circles he came into contact with Teodoro Wolf-Ferrari (1878-1945), who was also involved in both pure and applied arts and influenced by the beyond the Alps secession. Some echoes of Wolf-Ferrari’s most symbolist landscapes, characterized by an attention to the distillation of the most geometrizing elements of Nature, particularly in the translations that he will make into glass, can be captured in the painting into consideration, Annunciation. As in the works of Wolf-Ferrari, in this painting there seem to be elements that are very close to the results of certain French painting – of the Nabis, for example, in particular of Maurice Denis – moreover well diffused in the Ca’ Pesaro circles by Gino Rossi, although re-read in a more aesthetical key.

What characterizes the painting, conceived as a tapestry (probably a sketch for a larger decorative panel), strongly two-dimensional in the conception of space and marked by a juxtaposition of à plat geometric elements, are the almost transparent colors, an harmony all played in shades of greens, blues, pinks, which anticipate – in a certain sense – those used for the glasses that he will design for Cappellin and Vanini starting from 1921. As Cappellin and Venini’s vases represent one of the most elegant and successful aspects of the Italian déco, so this canvas anticipates the geometries and dryness of the entre-deux-guerres decorative taste (noticeable in particular in the silhouette of the trees and in the two thin daisies that refer to the title of the painting, Annunciation) of which Zecchin was a protagonist. In this sense, it is above all the collaboration with Maria Monaci Gallenga, friend and supporter of the artist and his work, which will prove to be central, in particular in some fundamental episodes of those years, such as the participation to the Exposition internationale des Arts Décoratifs et industriels modernes of 1925, which represents the pinnacle of the partnership between them. In fact, almost as if sanctioning the beginning of their understanding, the work was purchased in 1919 by Monaci Gallenga on the occasion of his exhibition at the Mostra di bozzetti di pittura e scultura at the Venice Lido. Two versions of the painting are known, the present one and another in the FB collection in Rome, identical in every way, including the technical details of canvas and frame. Recently the FB copy was displayed at the exhibition dedicated to the Roman stylist and gallery owner at the Galleria Nazionale d’Arte Moderna e Contemporanea of Rome.