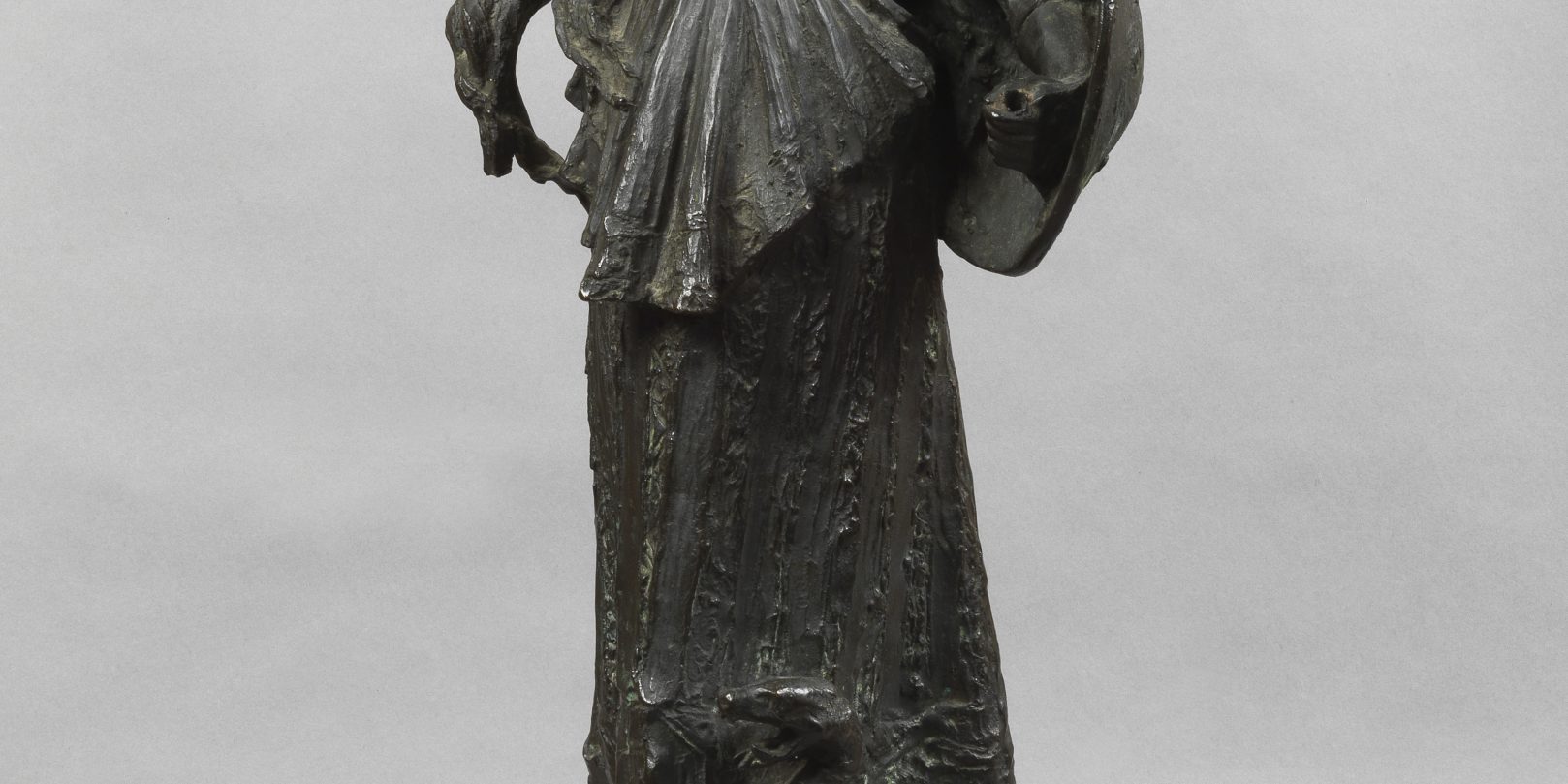 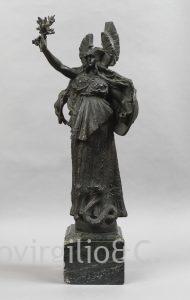 Signed at base: “Calandra”

Great protagonist of celebratory monumental sculpture of the Risorgimento, considered among the anti-academic innovators in sculpture along with Leonardo Bistolfi and Paolo Troubetskoy, Calandra gave his works “of small dimensions, a lively impression from life, a picturesque sense of movement and a nonchalance of shaping that tends to become reiterative and suggestive,” suggesting elements such as “atmospheric tangle of light and colour, too long excluded from the field of statuary” (Enrico Thovez, in “Emporium 1902, p. 336). Minerva was originally commissioned in silver by the Duke of Aosta for Doctor Pescarolo. Calandra made some bronze models from the mould, among them that of the Gallery of Modern Art Ricci Oddi in Piacenza, while the plaster model is conserved at Gipsoteca Calandra in Savigliano.

For further information, to buy or sell works by Davide Calandra (1856-1915) or to request free estimates and evaluations